Share All sharing options for: Arizona vs. Washington State Recap 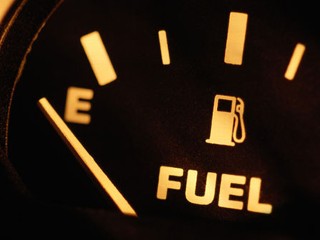 The Wildcats suffered a huge defeat at the hands of Washington State last night 69-53. The Cats led by as much as 11 in the first half, only to have the Cougs go on a late 10-2 run to cut it to three points at the half. Nic Wise scored 15 points in the first half and the Cats looked like they were well on their way for a strong second half finish.  Unfortunately, Washington State had other ideas. They came out and immediately tied the game with a 3 pointer from Klay Thompson, followed by a layup from Aron Baynes to take the lead. They never looked back.

Arizona was beat soundsly by the Cougs who outscored Arizona 43-24 in the second half, making 17-of-25 shots for 68 percent while holding the Wildcats to 35 percent shooting in the half.  Another surprising stat in the game is that Arizona was outrebounded  34-25 in the game. The Cougars cashed in with 9 offensive rebounds.

As I stated in my quick react, does anyone else think that maybe we are fatigued? Again, Jordan played 39 minutes, Chase 38, and Nic 37. Only Taylor Rochestie for the Cougars played more minutes with 40. Klay Thompson had 34 minutes. My point is, our guys are not getting any rest. This takes me back to our bench, or lack thereof. Jamelle Horne has done an outstanding job this season coming in and giving Zane and Kyle rest on hte bench. This translates into their hustle and quality of play. When Jordan doesn't get to rest and has to bang around all night, especially with a guy like Baynes, it's going to wear on him. Chase was also held to 9 points on 3-11 shooting. That can't be all Cougs, can it?

We have got to get Lavender, Onobun, and some other guys on the bench to start contributing. This is never going to happen until Pennell takes the training wheels off. Oh wait, now we are deep in the season and it's too late? Let's see what has happened so far in the past 10 games disregarding Jamelle Horne:

This translaes into a very, very tired big three who are going to run out of gas. I think we saw a little bit of that last night. Were up by 11, lost by 16.