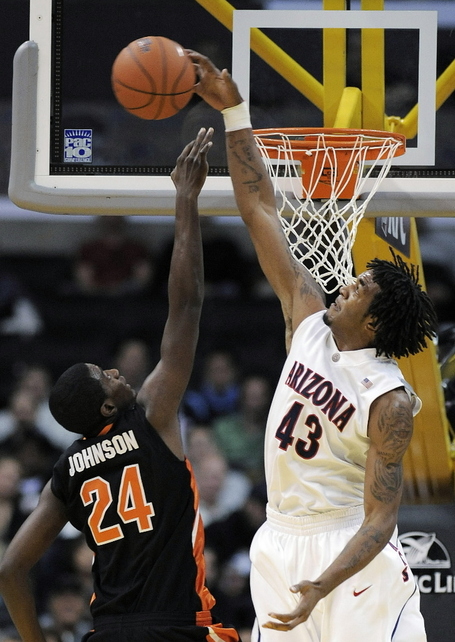 Congratulations to Jordan Hill as he was named to the mid season John Wooden Award list and is 1 of only 30 players on the list. The award is given to college basketball's player of the year annually since 1969.
My pick for the winner at mid-season? I think I would have to take Blake Griffin. Did y'all see his dunk yesterday against Colorado? It was insane. He also dunked over some poor kid, but I can't find a video of it.