Here's a brief update on how the other sports at U of A are doing: 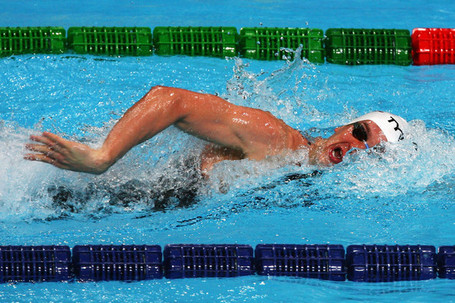 The Wildcats had a busy weekend with doubleheaders on Friday, Saturday, and Sunday, yet the Cats turned in an impressive 5 wins in that span and continue to play at a high level. Arizona started with two games against Minnesota on Friday and scored 30 runs between the two games to beat the Golden Gophers. On Saturday, they had a doubleheader against Creighton and it did not start as well as planned. In the first game the Cats lost 6-0 to the Bluejays, but they bounced back well and followed up the loss with a 19-2 win. In the last doubleheader of the weekend the Wildcats displayed their offensive skills with a 34 run showing against St. Joseph's.

The softball team will not get much rest though, with another doubleheader today against Simon Frasier.

The regular season ended in heart breaking fashion for the Wildcats as they missed buzzer beating, tying attempts in both games. Most recently on Saturday the Wildcats faced off against the #9 ranked California Golden Bears. At halftime Arizona had the lead, but good shooting in the 2nd half from the Bears led them to a commanding lead. The Cats were not done and they fought all the way back to a 3 point deficit but failed to hit a final, tying attempt.

Arizona finished with an 11-18 record overall and earned the #9 seed in the Pac-10 tournament. They will face the Washington State Cougars Thursday at 8:15 PST for the opportunity to keep their season alive and play Stanford Friday. The entire bracket and coverage information can be found here.