Getting to Know the Utes

Share All sharing options for: Getting to Know the Utes

Stephen from BlockU gives us a preview of what to expect from the Utes on Friday.  It's a no brainer that the way to beat Utah is play good defense on Nevill and make the other guys on the floor beat you.  Stephen says that they can be streaky at times, but if they are on, they are hard to beat. They also don't have much of a bench, only  playing 6 or 7 guys per game. Sound Familiar? 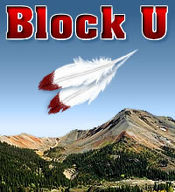 1) What are the strengths and weaknesses of your team?

Utah's strength is the efficiency of their offense and the toughness of their defense. The Utes rank 25th in the nation in field goal percentage and hold their opponents to around 40% shooting, which ranks 39th. Though Utah ranks only 79th in scoring defense, throughout the Mountain West Tournament, they stifled opposing offenses, holding each opponent below 40% shooting. One of Utah's weaknesses this season has often been trying to find enough scoring power when Luke Nevill is essentially taken out of the game. If Utah's shooters actually hit from the field, then it's very difficult to beat them, however, they can be streaky and if they struggle, the whole team will struggle along with them. In the Utes' loss to BYU, snapping an eight-game winning streak, Nevill was held to nine points and the Utes shot only 29% from the field.

But Utah's biggest weakness might be their turnovers. The Utes average about 13 a game and in their two most recent losses, they had 15 and 18. That is probably the biggest concern for Utah entering the tournament this year, because in most of their losses, the reoccurring theme is those turnovers.

2) What kind of tempo do you expect Utah to display against Arizona?

With Arizona's zone defense, I expect Utah to push the tempo, especially if the Wildcats marginalize Nevill's impact down low. For that to be successful, though, players like Tyler Kepkay, Shaun Green and Lawrence Borha will have to hit their shots. However, the Utes have been able to slow the pace down and gut out ugly and tough victories, as was the case in their tournament championship game against San Diego State. Utah won that by two, but only scored 52 points, which is about twenty points lower than what they average.

3) If Nevill is shut down, who do you expect to take up the slack for the Utes?

As I mentioned, if Nevill is shut down, expect more of an outside game from Utah. For them to have any success with Nevill being taken out of the game, they'll need those players to step up and hit their shots, or it could be a very long day for the Utes. Fortunately, Utah has been able to break down the zone defense more often than not through their shooting.

4) What is your bench situation?

Utah is very similar to Arizona in the fact they don't have a very deep rotation. They generally only go 6 or 7 players deep, unless fouls become a major issue.

5) It looks like your struggles on the road compare to the Wildcats. What do you think about traveling all the way to Miami for the first round?

Personally, I would much rather Utah be playing in Boise or Portland, but it doesn't appear this scheduling favors either of our teams. So we'll see the impact it has, but since there probably won't be throngs of Arizona or Utah fans, I doubt the atmosphere is going to be challenging.