Share All sharing options for: Budinger to Enter NBA Draft

SportingNews.com is reporting Chase Budinger will enter the NBA Draft.

"I am so thankful for the fans and alumni at Arizona that have been so supportive of me throughout my time in Tucson. I'd like to express my appreciation to my coaches and teammates for their support in one of the most important decisions I've ever made. I will not be returning to Arizona and I will be entering the 2009 NBA draft," Budinger said in a statement.

This is his second year testing the waters in the NBA Draft so that means he is ineligible to return to the University of Arizona. It's official, the Cats will be without Chase next year. Jordan Hill is still weighing his options and expects to announce a decision later this week. 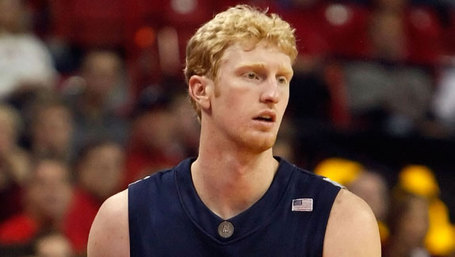 Best of luck to Chase at the next level