Although Fischer is listed as a LB on his recruiting card, there is a small possibility that he may be moved to fullback on Arizona's short yardage package. At 5'11", he lacks ideal linebacker height, but has a sturdy  compact frame.  As he should be at 5'11", Fischer uses his height, square base, and leverage to hit holes faster than offensive linemen, hold his block, and plug the middle.   His 4.6 speed helps him move laterally but his ability to be a gap plugger is his strong suit.  Fischer should develop nicely in college and has lots of room to grow stronger, faster, and add additional weight. 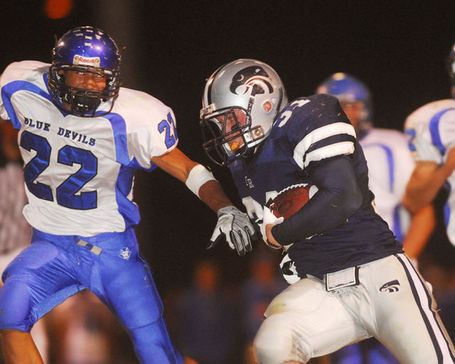 Fischer's quickness and pass coverage seem to him behind where he needs to be to play at a D-1 level. Although his speed is solid at 4.6, his ability to laterally move to the football and accelerate to the ball are sub par. Scouts, Inc. said:

[Fischer] tends to get caught flatfooted in his reads and lack of quick diagnosing skills allows linemen to reach him on the cutoff block. Could have difficult reading, reacting and sifting through the fast moving D-I traffic. Lacks great hand/shedding technique and struggles disengaging quickly when linemen reach him on the cutoff block. Range is limited to the short-area; tends to lumber pursuing sideline-to-sideline with marginal acceleration. Mobility and hip-fluidity pursuing laterally are limited.

His inability to play sideline to sideline could prove to be minor as the Arizona coaches already have him listed as a Will linebacker, thus cutting the field in half for him. His inability to drop into coverage would be the major question mark left  him.  This is something that takes practice and the ability to go from the high school speed to D-1 speed and make a read.  This will be a slow and go process for Fischer.

Jake Fischer is currently listed at Will Linebacker on the Arizona depth chart.  This may be exactly due to his inability to cover the entire field from the middle linebacker position, thus cutting the field in half for him.  Utilizing his plugging ability and speed to track down players (on one side of the field) is a solid move by the Arizona coaches.  Because Arizona runs the spread, their use as a FB is limited to their jumbo package and a rare, rare I formation set.  Fischer would need, and can, put on at least 20 more lbs. in college for him to be a force on the offensive side of the ball. It's a "wait and see" game for Fischer this year.