Breaking news out of Baltimore is that the Maryland Terrapin's best player, Greivis Vazquez, has pulled himself from the NBA Draft and will return to Maryland for another season. With this news also comes news that the Terps have reportedly called off their pursuit of Lance Stephenson, according to two sources with knowledge about the university's recruiting efforts. 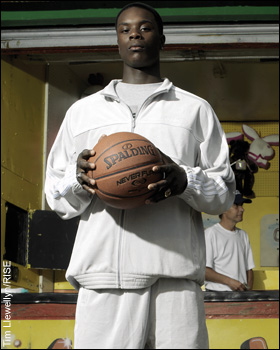 Don't expect a decision from Stephenson until after his court trial is adjourned which will likely be at the end of the month. With the removal of Maryland from his possible destinations, the candidate schools now include Arizona, Memphis and Florida.