Rivals: Four out of five stars 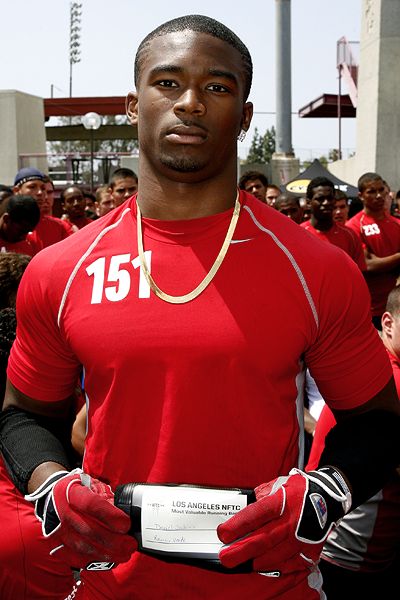 Jenkins is one of those little guys who seems to always know how to make guys miss in the open field and will always make forward progress no matter how big the defender tacking him is.  If Jenkins is in the open field, it's already a mismatch.  His agility and speed make him one hell of a moving target for defenders to try and grasp.  Scouts, Inc had this to say about Jenkins:

Very shifty picking and sliding through traffic. Sharp, decisive cutter which gives him deceptive power. Slippery and is difficult to get clean shot on. Makes defenders miss with his great lateral foot-quickness, jump-cut skill and burst through the hole. Reaches top-speed quickly and is very fast-twitched. Flashes great acceleration when he plants and accelerates north-south. Breakaway threat in high school when he reaches the second level with his good top-end speed. Loose hips and very elusive in space; could be a nightmare in an open spread system.

Jenkins biggest weakness has got to be his size.  Standing at 5'9", his durability and yards after contact may diminish exponentially from what he enjoyed in high school.  As with all of the young guys, Jenkins needs to put on extra pounds while keeping his speed and quickness a top priority.  Jenkins made it to Tucson in June to begin voluntary workouts with the team. Here is what Souts, Inc. had to say about Jenkins:

Size is a major concern as well. Runs hard, is determined but YAC should greatly diminish and durability is an issue if employed as a high-carry in-line runner. 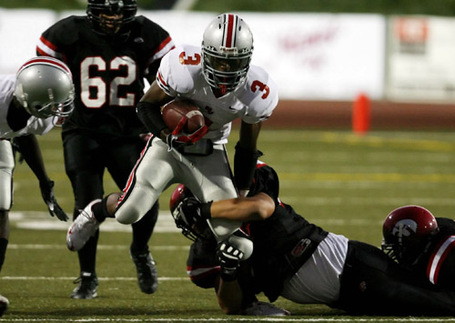 Jenkins has Nic Grigsby  and Keola Antolin in front of him on the depth chart.  Jenkins will also be competing with  Kylan Butler, another Freshmen running back. He will need to learn the offense and all of his blocking assignments before he would be able to start putting in significant time at running back.  There is no question that Jenkins has the skills to play this year and I believe that we will see him get significant playing time this season.  Because of his great pass catching ability, there is a small chance that Jenkins could be used at the slot receiver position in order to get him more touches during the season.