The Lombardi Award is presented to college football's top offensive or defensive lineman. The Award has been given out since 1970, and has never been awarded to an Arizona Wildcat. Arizona has had two players named as finalists for the award. In 1993, Rob Waldrop, and Teddy Bruschi the following year in 1994. 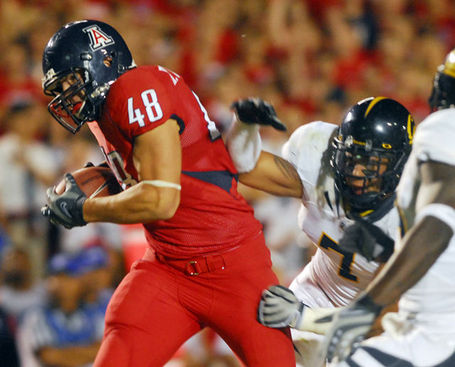 Overall, 153 players were announced to the watch list today. And, up until today I was unaware that tight ends were eligible to receive the award. Although, in the 39 year history of the award, no tight end has won. So, here's to there being a first time for everything. Good luck, Rob, and the rest of the Cats.