’s backers will be Sterling Lewis (Sam), Vuna Tuihalamaka (Mike), and Xavier Kelley.  The Cats lost senior, Ronnie Palmer, to graduation.  All Palmer did was have 85 tackles last year, 13 for a loss and 3 sacks. 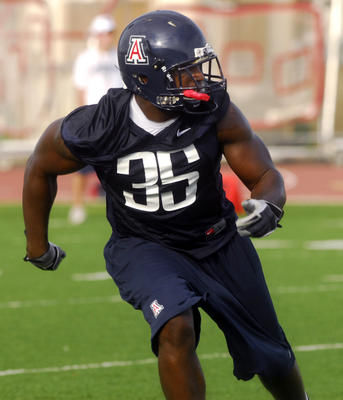 (Sterling Lewis should have a huge year)

Tuihalamaka will have to step up big time and fill the void in the middle.  Senior Sterling Lewis is coming off of an impressive 2008 in which he had 58 tackles in 10 games.  Xavier Kelly, another senior for the Cats, started 8 games in 2008 and had 51 tackles on the year.   This is a solid core of starters, with a ton of competent backups.  Look for Corey Hall to step in on the nickel package while R.J. Young, and Orlando Vargas backup the middle and will linebacker spots. 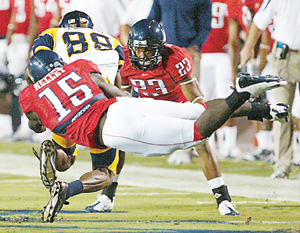 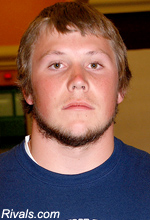 (Fischer has had a great August)

With the departure of Lewis, Kelley, and Hall next year due to graduation, the Cats went big on defensive and even bigger on their linebacking core for recruiting purposes.  The Cats picked up C.J. Parish, Cordarius Golston, Jake Fischer, and four star recruit, Trevor Erno.  Unfortunately, it seems as if Erno is struggling this August and will likely redshirt.  However, Stoops thinks that Jake Fischer will play on special teams immediately and could rotate in when needed at linebacker. Let’s hope Mark Stoops can get some good reps with his backups and freshman so the Cats don’t miss a beat when an injury arises and also for next year with the departure of three of our linebackers.