Adam Hall rounds out the Class of 2009 for the Wildcats.  He is the cream of the crop and the epitome of Stoops' success, showing that hometown talent will stick around the state of Arizona if they believe their college will compete.  Hall reigns from Tucson and will be watched by many friends and family, not to mention tons of alumni who are excited for this guy to play in Tucson.

Rivals: Four out of five stars 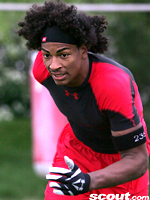 Adam Hall came to the Cats having had a very, very successful career on both offense and defense.  Throughout the summer and August camp, it has become evident that Hall will be most successful in college playing at the safety position.  His size,  quickness, and speed will make him a dominant force in the secondary and could change the entire scheme of the defense through out his four years in Tucson. (See Roy Williams, Oklahoma).  He is not listed on the depth chart as a starter, but Stoops has said that he will see the field early on this year at safety. Here is what scouts, inc. had to say about Hall:

This kid is a monster of an athlete and extremely versatile and as much as he is utilized on offense as a runner, blocker and receiver, his true value at the next level will likely come as a safety or outside linebacker. Hall has excellent overall size, strength and bulk and dominates this level of competition. It is easy to question his overall speed and quickness, but then you will see a burst and he'll get on a straight-line and show another gear. Defensively, Hall could become a real presence and is playing on instinct and athleticism with very little technique right now, but has huge upside. Does a good job of avoiding bigger blockers without taking himself out of plays and makes plays from sideline-to-sideline in run support. Displays good power at the point of attack as a tackler and does a fine job of breaking down and wrapping up in space. Really fills with force. Displays good closing burst when coming forward and knocks down a lot of passes when playing the ball in front of him. Has long arms, shows excellent leaping ability and is tall enough to consistently compete for jump balls. Shows quality ball skills and flashes the ability to make big plays in coverage. 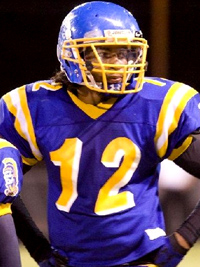 Hall doesn't have too many weaknesses coming out of high school.  He was recruited by Alabama, USC, Utah and Cal.  Any weaknesses will be shown as a college athlete and he will have plenty of guys to help steer him right.

Hall didn't make the opening day roster for the Cats but he will play this season.  I expect Hall to play against Central Michigan and every other game this year.   He's too athletic to not get in the mix right away.  He has a great group of guys in front of him to help teach him this year including Cam Nelson, Robert Golden, Joe Perkins, and Brandon Tatum.  Expect big things.