Devin Ross and Trevin Wade will be the Cats starters this year on the corners with Cam Nelson and Robert Golden holding down the safety spots.   Ross brings experience and a high level of competition to the field for the Cats every year he has been in .  Last year he was 16th nationally in total passes defended and won Second Team All Pac-10 Conference honors as well. 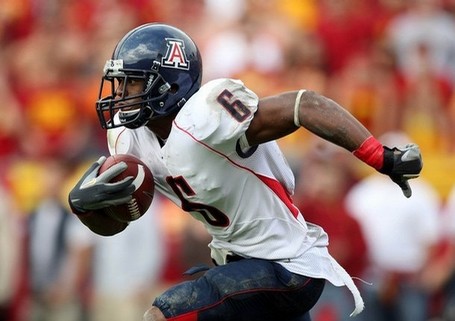 Trevin Wade was a reserve last year, but filled in on mop up duty and still managed to pick up four interceptions in 2008.  This guy was technically a backup last year, but will carry enough experience on his shoulders to legitimize himself as a returning starter for this season.  Cam Nelson has 37 games under his belt and will be the ultimate leader in the secondary this season. He is the leading returning tackler for 2008 with 67.   Robert Golden will have to earn his spot on the team this year.  He started at as a corner, so he knows the ropes and coverages, but will still be competing with Joe Perkins, and possibly Adam Hall, the true freshman. 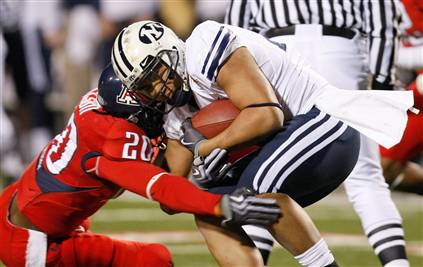 The Cats recruited softly at the DB position, getting Ryan Milus and Derrick Rainey as true defensive backs.  The Cats four star recruit, Adam Hall, played just about everything while at Tucson Palo Verde High, but will play safety for the Cats.  He will push Robert Golden for playing time this season and coach Stoops has let it be known that he will play early and often for the Cats. Ryan Milus has been released of his scholarship to be able to pursue a track career.  He is headed to Arizona State.