The Arizona Wildcats come into 2009 with searing momentum from their 2008 campaign in which they went 8-5 and beat BYU in the Las Vegas Bowl 31-21 on December 20, 2008 for its first bowl win in 10 years.  Coach Mike Stoops will look to build on that season in 2009 and got off to a good start by signing 24 solid football players for 2009.  This year the Cats will try to move on in 2009 after losing one of the best receivers in school history (Mike Thomas), the loss of one of the best QB’s in school history (Willie Tuitama) and one of the best OL in school history (Eben Britton).   Fortunately, with the solid recruiting by Stoops in the past few years, the Cats will look to re-load and not re-build. 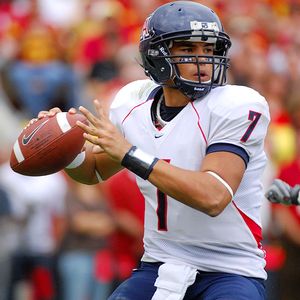 The loss of Willie Tuitama is definitely a blow to the offensive production of the Cats.  Tuitama, the all time leading passer in school history, adapted to Sonny Dykes spread offense installed in 2007 and excelled immensely.   The Cats will look to either Matt Scott (Sophomore) or Nick Foles (Sophomore) to fill the shoes.  There have been some rumors out of from the voluntary workouts that Bryson Beirne (Sophomore) is also  in the mix.  Tough luck for Mike Stoops to have three quarterbacks battling for the top spot.   Foles and Scott got the majority of the snaps during the spring but I would gladly accept more competition from Beirne this summer and hope it pushes all three of them to excel to their maximum potential. 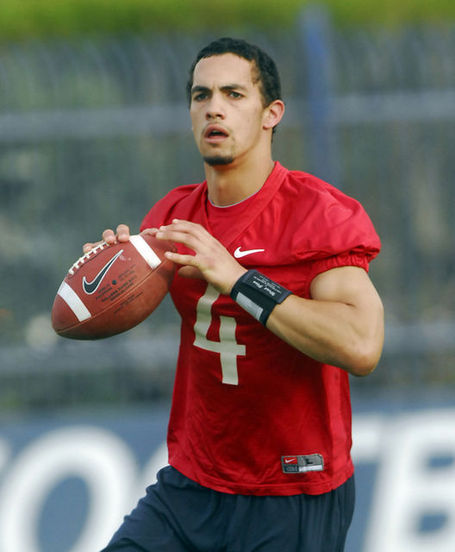 Nick Foles is a bigger quarterback at 6’5" and 235 lbs.  His arm is stronger than Scott’s but his mobility is less.  Foles has had a troubled college career, starting out committing to out of high school, only to drop his commit and go to .  His tenure at didn’t last long and Foles transferred to in 2008.  Foles’ big arm would be the reason he would take the spot.   His mobility would be the reason he would watch from the sidelines. 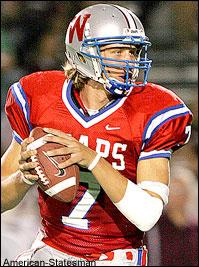 Bryson Beirne is a sophomore from Honolulu, Hawaii.  He is 6'3" and 225 lbs.  He contended in 2008 with Matt Scott for the backup role and fell short.  He displayed bursts of potential throughout 2008.  This year he is the obvious long shot to start for the Cats in 2009 but there is word out of Tucson that he is competing hard and could push for some reps to start the season.  He did play in two games in 2008 against Idaho and Washington, so he does have some experience. 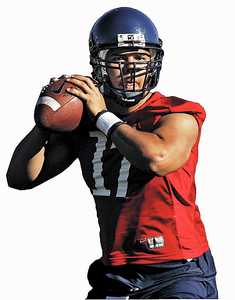 Matt Scott is the smaller of the two front runners standing at 6’3" and 190 lbs.  Obviously, his mobility is far superior to Foles.  Scott was the back up for Tuitama last year and played in 6 games in 2006.  His ability to run creates an opportunity for Sonny Dykes to design plays which get Scott outside of the tackles and into the open field for either a run or pass.  Look for this matchup to heat up in August.  If Beirne gets in the mix, things could get crazy and fast.

The Cats recruited Richardson Morrison in 2009.  He hails from Royse City, Texas and is 6'0" and 180 lbs.  He was an absolute stud for his high school in 2008 and was recruited by Mark Stoops and Sonny Dykes.  Dykes obviously thinks that he will fit the system and recruited him directly.  Look for Morrison to redshirt this season in order to learn the plays and get some experience in practice.