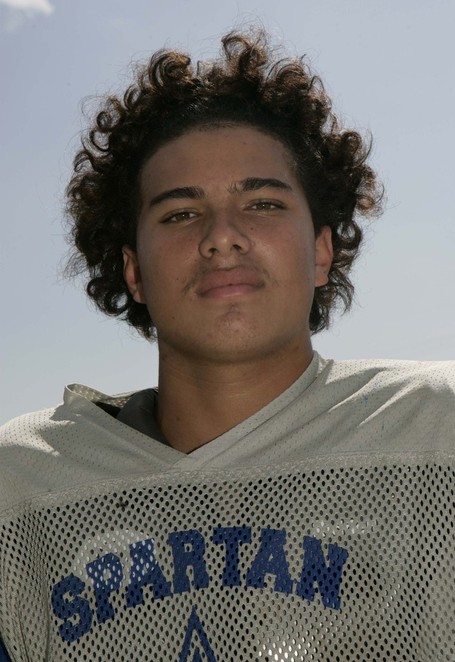 Versatility.  In 2008, Tutogi rushed for 490 yards and 13 touchdowns, caught 26 balls for 404 yards receiving, and registered 11 sacks.  His combination of size, speed and athleticism allowed him to dominate on both sides of the ball.  It looks like Tutogi will get his first look on the offensive side of the ball this fall for the Cats.

His ability to run the ball as well as catch it out of the backfield could make him an enormous asset in Dykes' offense.  His combination of size and athletic ability could draw comparisons to a Stanley Havili-type H-Back.

Here is what Scout's Inc. had to say about Tutogi's strengths:

Tutogi is a very athletic fullback that could be a big time ace back in a major college football program. He has good size at 6'2" and 234 pounds of athlete that is a very versatile football player. Can really run for a fullback/ace back. Comes out of his stance quickly and accelerates whether blocking, carrying the football, or receiving. As a lead blocker has great leg drive but could play lower on initial contact. As a running back, shows good vision and cutting ability. Sees the holes and has a burst through the line of scrimmage along with making good cuts in the openfield. Demonstrates pass receiving skills; has soft hands and runs good routes. Is impressive in making positive yards after the catch. As a defensive end gets off the ball quickly and shows athleticism as a pass rusher. Uses his hands and separates from blockers. Has a great motor and takes proper pursuit angles. Tutogi is a very talented back that can be a major contributor on the offensive side of the football. He has skills, speed and the athleticism to also be a solid special teams player at the next level. Look for Tutogi to have a very good college career.

Tutogi's biggest weakness this season may be the crowded backfield in Tucson.  Chris Gronkowski returns this year, after a successful 2008 season, and will likely see most of the snaps at H-Back.  Also, Grego Nwoko has been impressing coaches this off-season and may see a lot of snaps in short-yardage and goalline situations.

Tutogi begins his college career with the right size and skill set to contribute immediately.  His soft hands, ability to catch the ball out of the backfield, and block could make him an invaluable member of the Air Zona offense.  Tutogi may not start the season receiving a ton of snaps, but it would not surprise me in the least if Tutogi ends up being an impact freshman by years end.