Share All sharing options for: Arizona 37, OSU 32: "You Don't Know How It Feels"

My first thought when they were interviewing Nick Foles after a really impressive road win in Oregon State was, "Wow, that guy looks a lot like a young Tom Petty." My second thought was, "Geez, Tom Petty Jr. sure was cool under pressure and definitely looks like the Willie Tuitama heir apparant." That was BEFORE I saw his stats. Let's see, 25 of 34 passing, 254 yards, 3TD's, 0Int's and 1 rushing TD. The most impressive part of about it was that I had total and complete confidence in him. That says a lot. I guess you can say that Foles is "Learning to Fly". Here's his pic in case you can't visualize the resemblance: 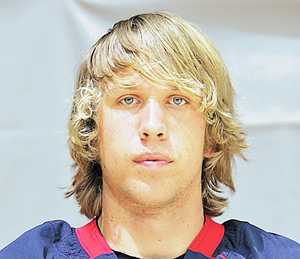