Share All sharing options for: The Pac-10 Has 11 Teams: What's Next?

So, Texas and the other 4 Big XII schools are out.  The Big Ten has 11 teams.  The Big XII has 10 teams and the Pac-10 has 11 teams.  Go figure.  So, what's next for the Pac? Some think there is a conspiracy theory.  Others just think that Texas just likes money. Duh.

The sexy pick right now is Utah.  The Utes would be an incredible addition to the Pac and would balance out the addition of Colorado with another school to even us out at 12.  Also, Utah's program has risen to a national powerhouse and is a force to be reckoned with.  There is word out already that Utah has already informed the Mountain West Conference that it would leave the league. 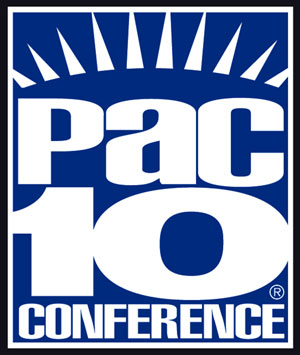 It seems that the Pac-16 is a hope that is long gone.  My guess is that the Pac-10 (11) is now going to settle on adding one more team.  Be it Utah, or not, the Pac-10 (11) must add another for scheduling purposes.  There is some question as the the Utah expansion and how the "divisions" would be set up.  Either there is a North/South or an East/West scenario.  The North/South scenario would include USC, UCLA, Arizona, Arizona State, Colorado and Utah.  This definitely is not what the other schools from the original Pac-10 think would be in their best interest as they believe an annual trip to California is necessary due to the high number of high school athletes there. The East/West split would be a vertical split of the Pac-10 (11) and could be done any number of ways.

Only time will tell.  In the meantime, Arizona continues to recruit well in Southern Arizona by picking up Salpointe offensive linemen Jacob Arzouman and Canyon Del Oro running back Ka'Deem Carey and USC has its first transfer announcement as Jordan Campbell announced he will leave and enroll somewhere else.