Share All sharing options for: End of Week Thoughts

The Arizona Wildcats finished with a 1-1 split on their road trip to Washington. While it would have been great to earn a Sweep of the pacific northwest schools, we are now starting to get a better picture of this Wildcat team, and where they stand heading into the middle of the PAC-10 season. Let's explore some of the overarching themes over these past two games. 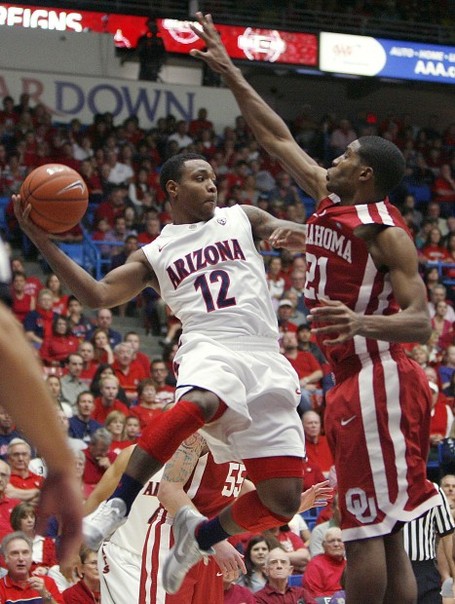 Point Guard play: This has been discussed ad nauseum in posts and articles all season long. Coming into the Washington game, point guard play was like the elephant in the room; everyone knew it was there, but many were hesitant to shout and draw attention to it. That all changed when Isaiah Thomas and company routed Arizona by 17 points on Thursday night, and further brought the Cats' PG play into perspective. Lamont Jones and Jordin Mayes combined for 5 turnovers to 3 assists, in a total of 40 minutes of play. While Jones did score 10 points (to Mayes' 2), there was never a consistent presence felt at the point guard position, as was most certainly displayed by Thomas on the opposing end of the court. Moving into the Washington State game, Momo was much more effective with a 5:1 assist-to-turnover ratio. He added 11 points, including 4-for-4 from the charity stripe. I feel this was one of Momo's strongest performances in an Arizona uniform, as it seemed he was in control for the majority of the game, and finally thrived in his true point guard role. Moving forward, Momo must continue to play as he did on Saturday night in order to give Arizona the best chance to win. Further, as almost every team this season has shown a zone against Arizona, it is important that the guards are able to penetrate against it, given the opportunity, in order to become distributors for their teammates. 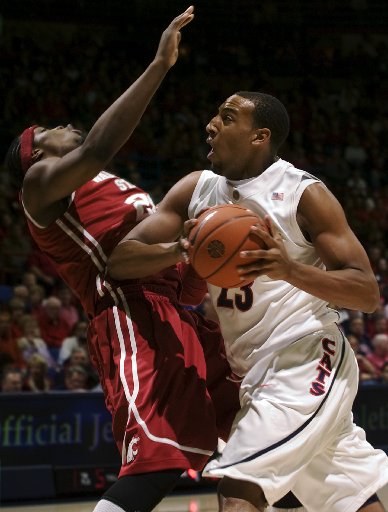 PAC-10 Player of the Year: This week boasted two games that featured PAC-10 POY candidates, which made for some exciting player comparisons. In the game against Washington, Isaiah Thomas finished with 22 points, 6 rebounds, 10 assists, and 1 turnover. Derrick Williams posted 22 points, 11 rebounds, 1 assist, 3 turnovers. In the WSU game, Klay Thompson ended with 9 points, 8 rebounds, 7 assists, and 5 turnovers. Meanwhile, Williams finished with 17 points, 19 rebounds, 1 assist, 1 block, and 4 turnovers. While these two games certainly do not solely determine the outcome of the vote, they most certainly do factor in. We realize that Thompson had an off-night for Wazzu, but it can be argued that Williams has been the most consistent candidate to-date, which he continued this past week. It can only be assumed that, if all things continue as they have, the PAC-10 POY will be awarded to the player whose team has the best finish to the PAC-10 season, and rightfully so. These match-ups should continue to be very entertaining. 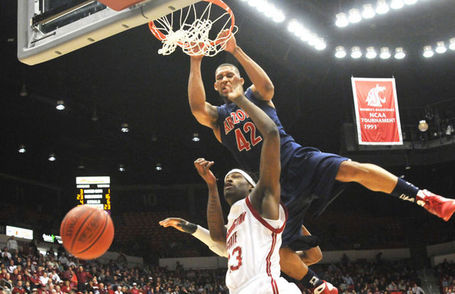 Jamelle Horne: Not sure where to begin with Horne. He is the only senior on this still-very-young Wildcat team. He continues to have an uncanny ability to disappear in games (See: Washington), but also shows glimpses of his talent level and potential which got him to Arizona in the first place (See: Washington State).  Regardless of previous thoughts surrounding Horne and his contributions, or lackthereof, no one can argue that he was instrumental in the win on saturday night against WSU. He finished with 9 points, going 3-for-4 from behind the arc. While this certainly doesn't impress someone who didn't watch the game, all of Horne's shots came at critical moments, which helped the Wildcats fend off the Cougars for the win. It can only be speculated where Jamelle goes from here, but one thing is certain: if he can contribute in big moments like he did on saturday, the Wildcats will have a much greater chance of playing in March. 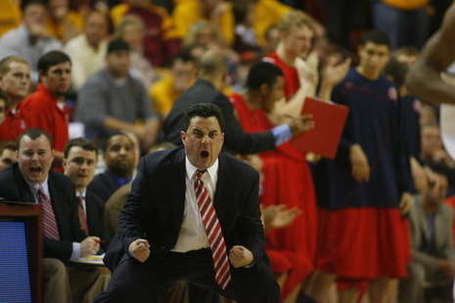 PAC-10 Officiating: Not sure this needs it's own paragraph to give the reasoning behind how bad it has been. Sean Miller's technical foul in the 2nd half of Saturday's game at Wazzu came almost as a relief, as he figuratively said what many fans have been wanting to say: 'Im done putting up with this nonsense', or something to that effect... 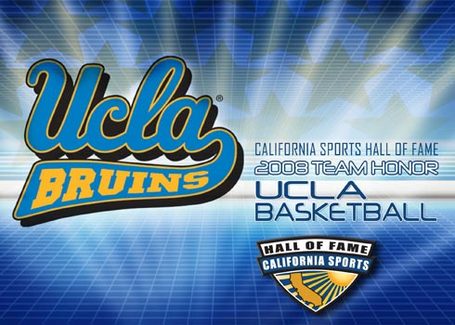 Looking Ahead: This upcoming week is a great opportunity for Arizona to get wins among top-100 RPI teams, as UCLA and USC travel to Tucson. Arizona will be debuting their much-anticipated new Nike uniforms on ESPN's Thursday night game against UCLA. The Wildcats must improve their interior defense if they hope to match the Bruins and Trojans this week. One interesting fact: Five Bruins have averaged more points than all of Arizona's players, with the exception of Derrick Williams. The Cats will have their hands full this week.

In Summary: These items are definitely not the only ones worth mentioning in regards to the past two games. The Wildcats most certainly still have aspects they need to correct and players that still need to define their role. However, if they could get a split at the Washington schools, regarded as their toughest road trip to-date, and still are able to correct these problems, that is all that any Arizona fan can ask. We must temper our expectations and realize that this is only Miller's 2nd-year at the helm, we still have a young group of players, and more help is on the way. We don't yet know what the future of this season holds for this Wildcat club, but each week should give us more and more of an idea as to where they will end up. Bear Down Arizona.