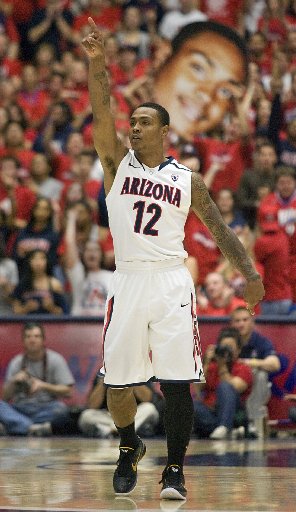 'He isn't a true point guard.'

This is what Lamont 'Momo' Jones heard since the day he set foot on the Arizona campus. Traveling from Harlem to Tucson, Momo was known in high school as a scoring guard, one who loved to have the ball in his hands, and someone who played with unmatched passion. However, it was unclear early on if Momo Jones could step up to the challenge of being the team's quarterback. He was seen by some as simply a bridge between then-senior Nic Wise and an elite point guard in 2011, which would turn out to be Josiah Turner.

Most fans showed Momo patience - if there is such a thing - during his freshman campaign, and the expectation was clear and simple: don't lose us the game. But, these same fans also had high expectations come the 2010 season. When November arrived, it was time for Jones to shine.

Momo started his second season shakey, committing 12 turnovers and only scoring a combined 24 points through the first five games. These numbers are not atrocious, but when considering this was against opponents such as Idaho State, Northern Colorado, and Bethune-Cookman, it seemed as though Momo's sophomore season would not be as good as most had hoped.

On January 27th, in a home game against UCLA, Jones scored 17 points on 6-of-11 shooting, which included a perfect night from the charity stripe. He also grabbed 3 steals while committing only 2 turnovers in 28 minutes of play. Momo followed this up with another 17-point performance in the next game against the USC Trojans. He went on to have double-digit scoring performances in 6 straight games, with his most impressive showcase coming on February 5th against the Cal Bears where he scored a career-high 27 points. Jones single-handedly kept the Wildcats in the game with his tying three-point play in regulation and tying three-pointer in overtime. The Cats went on to beat the Bears in 3OT for their 20th win of the season. 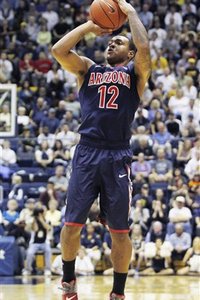 It started to seem as if Momo had not only accepted his role on the team, but embraced it. He had finally put it all together and figured out how to be a scoring guard, while also taking care of the basketball and helping his teammates. All with the goal of winning.

In 2009, Jones averaged a 1.1 Assist to Turnover ratio. In 2010, he is averaging a 1.2 Assist to Turnover ratio. While it may seem like he has digressed, this season Momo has significantly increased his minutes per game from 18.7 to 25.7. He has seen his scoring increase this year as well, from 6.5 to 9.6 points per game, along with a dramatic increase in his free throw percentage, increasing from 70.5% to 85.1%.

While there are many players on this Wildcat team that deserve recognition - paging Derrick Williams - it is clear that without Momo Jones at the helm, this team would not be sitting atop the PAC-10 conference with a record of 23-4. He may not be the 5-star true point guard that many people hoped for, but he has been a true leader with his play, passion, and dedication both on and off the court. But, in truth, we all should have known what we were in for when Jones signed with Arizona, as he told us what was coming.

"I bring a toughness, competitiveness, and an edge for winning," Jones said. "I'm a winner; I definitely bring winning to the table. I bring a new York attitude, a New York style of play to the West Coast. Tucson, Arizona is in for a great, great show."

Well, Momo, we have definitely had a great show. Luckily for us, it's only intermission. 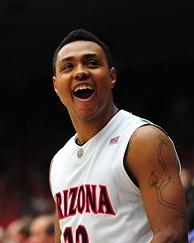