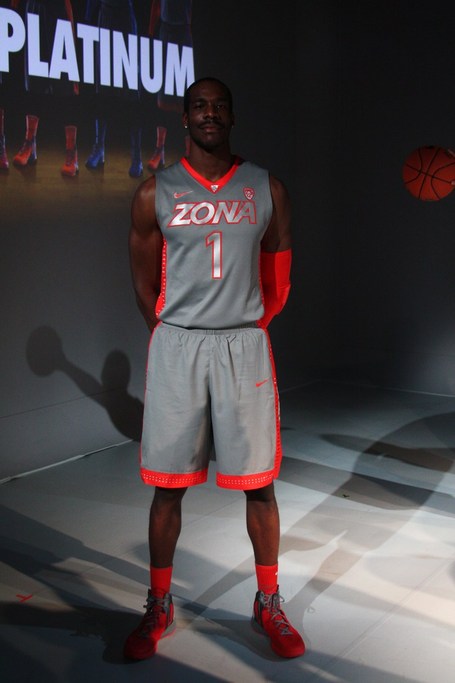 The new jerseys are 5 percent lighter than the previous jerseys that were released just about a year ago, and instead of the partial aerographic panel on the back, they now have a full Block A.

The jerseys won't replace the older version just yet. The Wildcats will wear the jerseys once this season, on Feb. 25 against UCLA, a Nike press release said.

Check out more photos after the jump.

Update: Here's a second set of pictures from the NYC release event. 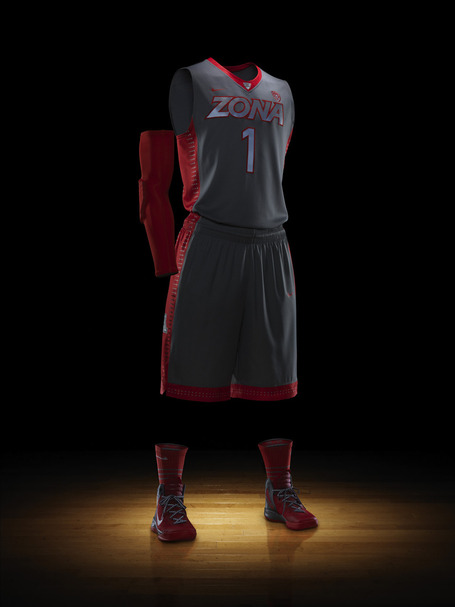 The uniforms also come with matching warm-ups that list the team's national championships on the back. There's been some mixed reaction to the jerseys already.

Arizona, Duke, Florida, North Carolina, UConn (men and women), Baylor (women), Syracuse, Kentucky all received upgrades to their uniforms, and all of them are grey. Syracuse and Arizona also went with shortened versions of their schools' names. Arizona's jersey simply reads Zona while Syracuse is 'Cuse.

Syracuse fans won't like it that their jerseys are the color of rival Georgetown, and based on Twitter comments, Arizona fans aren't sold on the greyish theme either.

The folks at CBSSports aren't so hot on the jerseys either, saying they are the company's sterilization of college hoops.

What do you think? 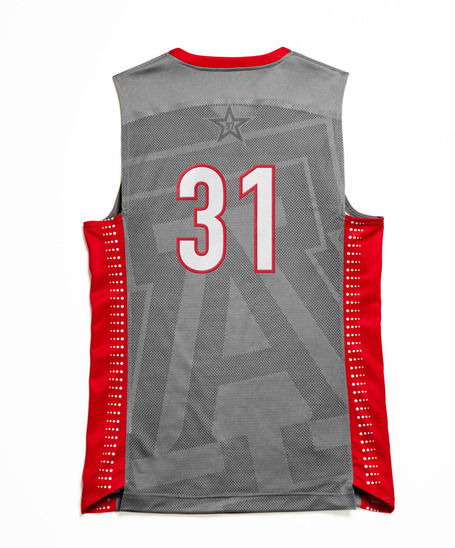 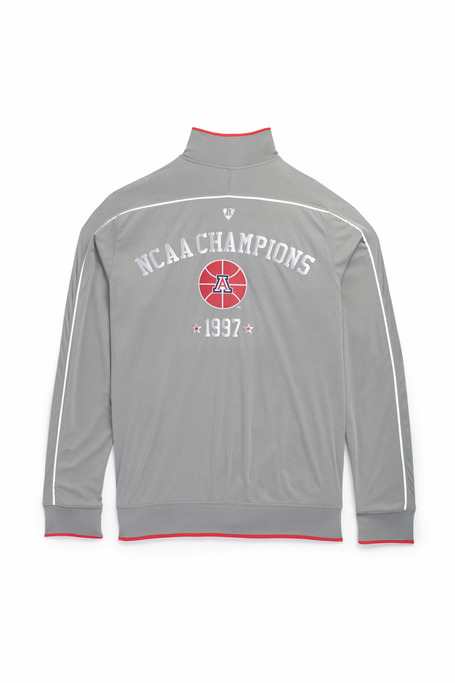 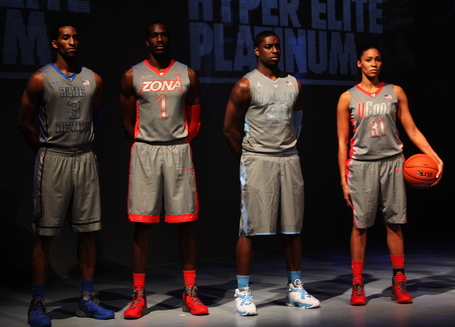 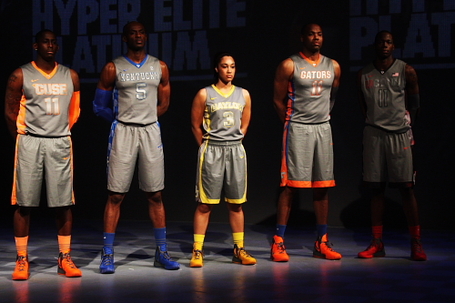