Arizona vs. USC: What Trojans team will the Wildcats see Thursday night?

Share All sharing options for: Arizona vs. USC: What Trojans team will the Wildcats see Thursday night?

Here is what the Arizona Wildcats can expect to see from the USC Trojans this week: 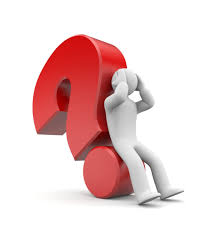 After Lane Kiffin's firing, this USC team could go in one of two directions.  They could completely crumble, which would be great.  Or, they could circle the wagons and turn their season around.

Rich Rodriguez thinks that this USC team will be hard to handle in what will surely be an electric Coliseum Thursday night.  "We will get USC's best shot."

Coach also touched on how this game will probably be the most difficult to prepare for on the defensive side of the ball.  "I don't know if you can prepare for it but we're expecting it because we are saying, ‘this is what they've done but with a new offensive play-caller, this is what they can do as well.' We have to be prepared in seeing a little of everything."

Also something that the defense won't be sure about until the game is the presence of star receiver Marqise Lee.  Lee, who had 345 yards on 16 catches when the Trojans came to Arizona Stadium last year, has been reported as being "very questionable" for this year's match up.  Coach Rodriguez had a lot of praise for Lee at this week's press conference as well.

"Marqise Lee is such a special talent. You always have to be aware of where he is lined up, not only in the receiving game but also in the return game. We didn't have any answer for him last year; he got open, got involved, and we just couldn't catch up with him. There is no question what type of talent he is because he is one of those rare kinds that you have to run your scheme with the awareness of where he is."

Prior to the ASU game, USC's defense was what was keeping the Trojans alive.  The biggest strength on this defense is probably the defensive line.  Arizona offensive lineman Chris Putton called the Southern Cal D Line "probably the best line we have faced so far. It will be a test to see where we are at in our season."

Overall though, I think this game has changed from a game that Arizona could have come away with a nice win, to one that they'll have to weather the early storm, and adjust to the new-look Trojans.  It should be interesting, but for Wildcat faithful, don't get discouraged if the first half isn't exactly pretty for Arizona.  Halftime adjustments are going to be huge this week.

Arizona vs. USC: Wildcats face Ed Orgeron and his Trojans