The Arizona Wildcats opened the season with a series win for the 20th-consecutive season after taking two-of-three from the Kent St. Golden Flashes.

Here's the good, and not so good, from the weekend.

Farris definitely got his role as Friday night starter figured out this weekend.  The senior went 7 2/3 innings, gave up just one earned run, and struck out nine, including all three batters in the seventh looking.  He threw exactly 100 pitches on the night, before giving way to Xavier Borde and Tyler Parmenter.  But everything was working for Farris after about the third inning.  Location was there, velocity was there, he had control of his offspeed pitches.  Just a great start to his season.

Hamlin made his Arizona debut Sunday afternoon, and definitely earned himself another shot as a weekend starter.  Just like Farris, the JuCo transfer gave up just one run during his outing, his being seven innings long.  He only threw 74 pitches though, so very efficient.  Only four hits allowed, and walked no one.  Very impressive.

Ramer got it done at third base.  The sophomore infielder went 6-for-12, all singles.  He drove in three runs, scored four runs, and also walked twice.  An overall great performance for a guy who didn't get a whole lot of playing time last year.

As good as Farris and Hamlin were, Crawford was just about as bad as a starter could be.  The lefty recorded just one out, while being charged seven earned runs.  He gave up five hits, and also hit two batters.  Awful. 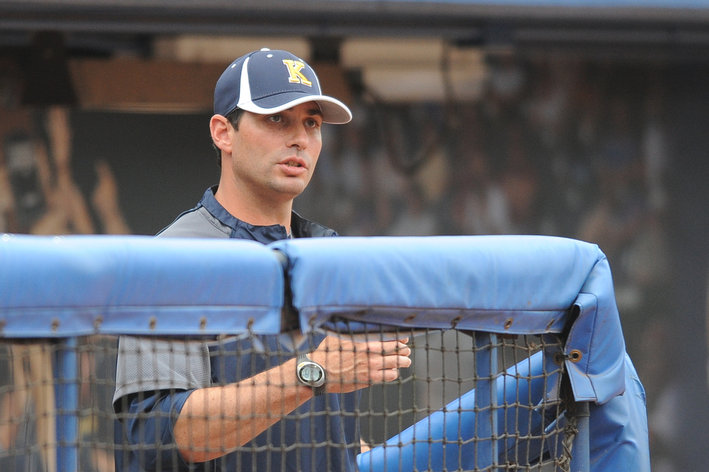 The MAC perspective of this weekend

Maggi was actually pretty good at center field, but the hitting wasn't there.  The junior went just 2-for-10 at the plate, the worst average of any starter this weekend.  He also didn't drive in any runs in the nine-hole.  I talked a little bit about this in the outfield preview, but last year Maggi didn't hit when he was in the outfield, and started killing it when he was moved to first base.  I hope he gets the bat going while also playing well in center.

Bannister compounded Crawford's horrible outing by following it up with his own horrible performance.  He recorded the second out of that long first inning, and gave up four earned runs on four hits.

Really, if it weren't for that first inning on Saturday, the weekend would have been perceived a lot differently.  But here we are, 2-1.  Utah Valley comes to Tucson on Tuesday and Wednesday, with the games starting at 6 PM and 1 PM respectively.  Then Alcorn State rolls in to town for the weekend series at Hi Corbett.

Arizona baseball: Three up, three down: The best and worst from each series this season