Who are some of the former Wildcats killing it in the minors this year?

Pro baseball has essentially reached the midway point of the season, which makes it a perfect time to take a look at some of the former Arizona Wildcats that are getting it done.

Refsnyder is going to find himself in pinstripes before the end of this season. So far this year, he's been promoted from Double-A to Triple-A, and in 21 games at Scranton/Wilkes-Barre, he is hitting .348, and has walked 17 times, good for an OBP of .483. You may remember he played outfield at Arizona, but since the start of the 2013 season, the former Wildcat has become a second baseman. Yankee fans want him in place of Brian Roberts and Yangervis Solarte.

Overall this season between Trenton and Scranton/Wilkes-Barre, Refsnyder is hitting .343 with a .411 on-base percentage. That's just...wow. Refsnyder was the first position player from the 2012 National Championship team to make it to the Triple-A level. Kurt Heyer was the first player overall, and made two starts at Triple-A Memphis before returning to Double-A. 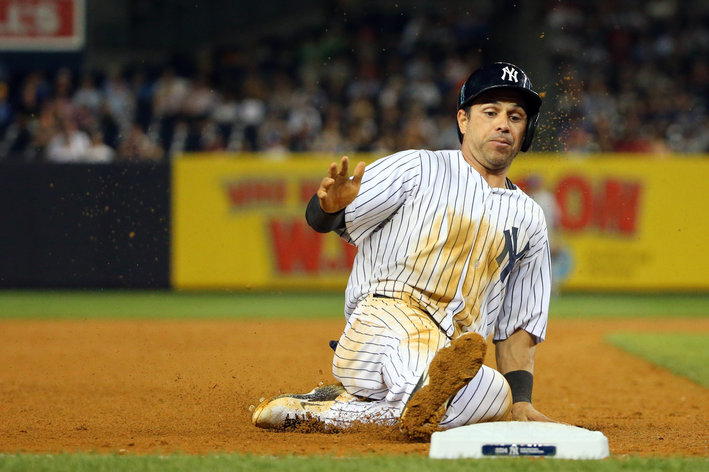 Mejias-Brean is hitting just under .300 this year in High-A and Double-A for the Reds, but has an on-base percentage of .403 thanks to 54 walks in his first 81 games of the season. Last year, he had one of the best months in minor league baseball, so it's a little bit surprising that he's still in Double-A. However, that Pensacola team is managed by Delino DeShields, who is a great teacher of the game. Mejias-Brean also has 12 home runs total this season, but 11 of them came while he was playing for the Bakersfield Blaze, who play in a launching pad of a park.

Stoffel is now in his second season at Triple-A Oklahoma City, and he is still getting it done in a very difficult league to pitch in the PCL. He's managed to pick up eight saves while turning in an ERA of 3.03 in 33 appearances. The main concern is the high WHIP he has as the backend of the team's bullpen. 40 hits and 20 walks in 38.2 innings isn't great.

I wanted to throw this in because in three appearances for the Aberdeen Ironbirds, Augey Bill has made two starts.

Just the thought of Augey Bill as a professional starting pitcher is one of the funniest things I've ever had go through my mind before. The Aberdeen season started just a couple of weeks ago, so he only has a total of 11 innings pitched, but also just three earned runs and one walk.

Bill's career ERA in the minors now is 1.83, which is pretty cool for that guy.

Four former Wildcats have played in the majors this year (Mark Melancon, Nick Hundley, Preston Guilmet, and Brad Mills) Melancon is the one making the most impact, as he has taken over the closer's role for the Pirates after the downfall of Jason Grilli. Yes, they got Ernesto Frieri back in that trade with the Angels, but Melancon is by no means struggling as a major-league closer. His ERA is 2.33, and his WHIP is just 0.879 this season. He's just been dominant overall in the last two years he's spent in Pittsburgh, and has a legit chance of making his second-consecutive All-Star Game.