Kevin Newman is some sort of legend in New England now

For the second consecutive year, he did something that no other player in the history of this illustrious collegiate wood bat league has ever done before.

Past two summers here in Falmouth have been unbelievable! Wouldn't change it for the world. Truly honored 2 have been around such great ppl!

Newman finished his season with a .380 batting average (46-for-121), 16 points higher than the next-highest player this summer. Last year, Newman hit .375 (60-for-160). He had fewer at-bats this season due to a short time he left The Cape for Team USA trials, where he was unable to make the national team.

His team, the Falmouth Commodores, made it all the way to the Championship Series, but were swept by the Yarmouth-Dennis Red Sox in the best-of-three round.

Newman's definitely making a name for himself when it comes to the 2015 MLB Draft with his wood bat work, but he'll need to prove himself in college this upcoming season as well. After last year's batting title, he hit just .304 for the Arizona Wildcats, and struggled defensively compared to his freshman campaign.

His spray chart shows the ability to drive the ball to all fields, which will be crucial to his success during the 2015 college season. He also struck out just nine times, and stole ten bases. 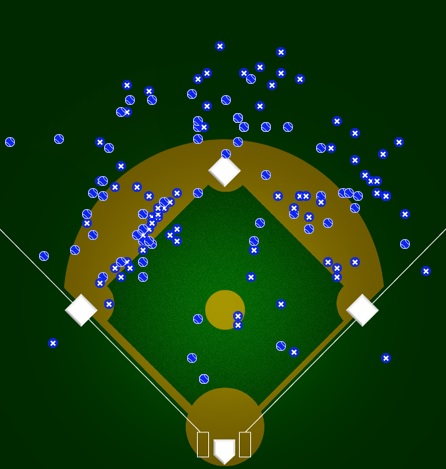 Scott Kingery was another Wildcat that got it done in New England this summer. Kingery was below .300 for most of the season, but turned up the heat at the end of the year to finish with a .312 batting average, recording hits in 20 of his last 23 games.

Nathan Bannister had been dominating on the mound, but fell off a little bit towards the end, and suffered an injury according to people who were up there. He still finished the year T-5th in wins (4), and would have finished 9th in ERA (2.37) if he had pitched enough innings to qualify.

Leaving the cape today! What an experience this summer has been with the @FirebirdsCCBL. Thank you for all who participated. #BirdGang

Let's hope some of this success actually finds its way from New England to Tucson this year.