Solomon Hill will takes his do-it-all skillset to the NBA.

Solomon Hill was selected 23rd overall in the 2013 NBA Draft, surprisingly not only going in the first round but in the heart of it. While he appeared on some second-round mocks as a Pacers' selection, perhaps they reached.

But Hill fits into a winning team's plans as a role player who has the skillset to be more. Indiana has been atop the NBA in finding draft steals with the likes of Paul George and Lance Stephenson, and Hill is next in line. If Indiana moves aging swingman Danny Granger this year or later, the former Arizona Wildcats forward will be next up. 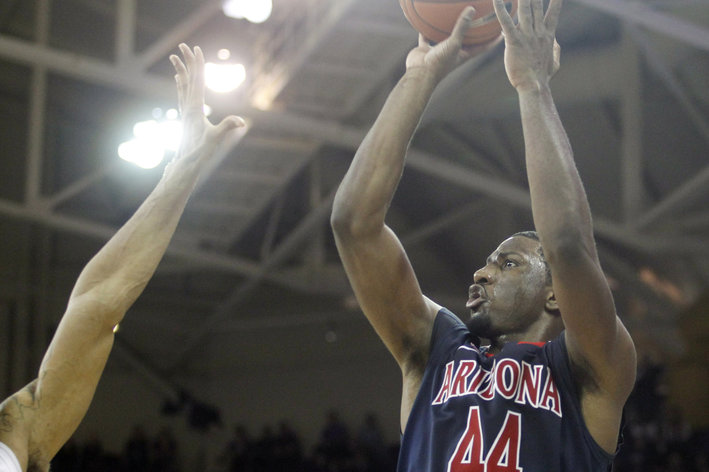 Surprising people in NBA workouts, Solomon Hill said he had it all along

Hill averaged an unassuming 13.4 points, 5.3 rebounds and 2.7 assists per game as he became more perimeter oriented as a senior. Playing often at the power forward position early on in his career, Hill was labeled a tweener early on and has dealt with shucking that misconception of his game.

All along, Hill has been a very good rebounder. His numbers dropped off this year because of Arizona's influx of NBA-sized big men. He also has always been a small forward, using his rebounding to push the ball in transition himself and make the right pass.

Hill will be able to step in without much pressure. He'll have very good tutors in Granger, if he remains with the team, and George.