Conference season is finally here.  Week one of the Pac-12 season had some history set by Washington State and UCLA, as well as a couple of surprises.

Here's how the standings shake out through the first week:

Let's just start at the top and work our way down

The Cats swept the Washington schools at McKale Center while debuting the new video board.

Thursday night, Arizona held WSU to a McKale Center record-low 25 points as well as other historic marks of offensive ineptitude. 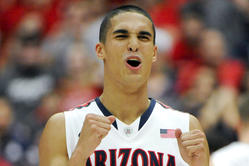 Saturday was a lot tougher, as Washington made it a game, but Nick Johnson's 24 points led Zona to a 71-62 victory, and kept them undefeated for the season.

The Buffs had the most impressive win of the week, by taking down previously unbeaten Oregon 100-91 Sunday afternoon.  Askia Booker and Spencer Dinwiddie led the way for the Buffs with 27 and 23 points respectively.  15 points and 12 rebounds for Josh Scott was much-welcome for the then No. 20 CU team as well.

Thursday, Colorado was definitely less impressive, beating Oregon State 64-58.  Read about what the Buffs did well and not so well in that game over at Ralphie Report.

This was all about Steve Alford embarrassing Andy Enfield.  The 107 points the Bruins put on the board were tied for the most in a game against USC in the history of UCLA basketball.

Kyle Anderson led the way with 23 points and 12 rebounds for the Bruins.  Jordan Adams put up 21 of his own, and off the bench, Bryce Alford dropped 20, including going 4-of-6 from three.

Not particularly impressive, but winning at your rivals' place is always a big deal.  Tyrone Wallace scored 20, and Richard Solomon put up a double-double with 14 and 13.

The Ducks lost to Colorado as noted above, but barely squeaked out a win at Utah in OT on Thursday.

Here's Addicted to Quack's look at the Ducks' loss to CU

The Utes rebounded from that heartbreaking loss to take down Oregon State 80-69.  All five starters scored in double figures, led by Brandon Taylor's 23 points and 8 assists.  Utah could be really good this year.

The Huskies impressed me this week in Arizona.  C.J. Wilcox scored 20 points, and Perris Blackwell brought down 12 boards against the Wildcats after completely dominating ASU on Thursday.  The scoreboard says they only won that game by 11, but it was definitely not that close. 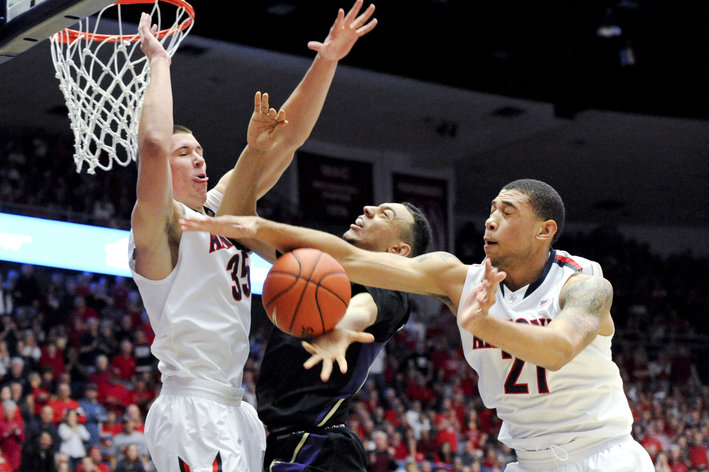 The Devils looked bad against the Huskies, but came back on Sunday to take down Washington State 66-47.  Jermaine Marshall was the star of the game with 26 points and 4 rebounds.  Jahii Carson went 14-4-3 after going for 15 points on Thursday.

So what was the biggest thing that stood out to you during this first week of conference play?