Arizona State apparently made a public Google Doc to sign people up for shifts to protect 'A' Mountain. Arizona Wildcats fans signed up ... sort of. 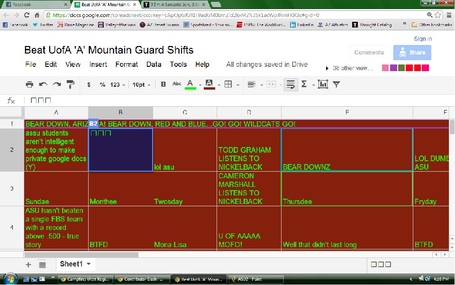 So that went pretty poorly. This screen grab is supposedly an ASU shift schedule created to protect Tempe's 'A' Mountain leading into the Duel in the Desert game between the Arizona Wildcats and Arizona State Sun Devils.

The Sun Devil students unfortunately let the link get out. It was posted on Facebook by UofA Memes and subsequently altered by Arizona fans. Not only is the accidental publishing of this really funny, but it's of questionable need considering the game is ... uh ... in Tucson.

The Google Doc has since been locked. Who knew you could make things on the Internet private?

Guys, let's make a "Beat ASU 'A' Mountain Guard Shift" Google Doc so that we can be organized like the ASU students. After all, you saw what the Oregon Ducks fans did to their 'A' mountain. Or was that really Oregon fans? A screenshot from an ESPN telecast showed the paint rollers painting the green A black for ASU's blackout, and one of them had GREEN SPLATTERS. 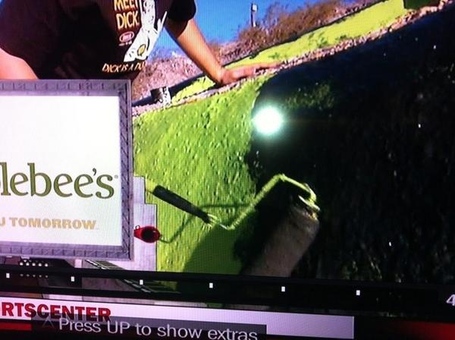 Maybe this Google Doc is another motivational tactic from the ASU marketing fellows. Kind of like that whole myth about Smirnoff Ice starting the underground "don't ice me bro" campaign -- except that one was actually successful.

Anywho, below is a another screen grab that I caught. The Google Doc was quite large. 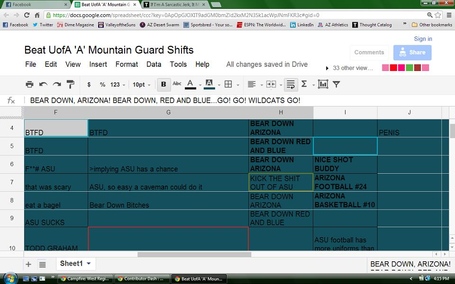