Matt Scott didn't wait long to announce that he had a destination despite going unselected in the 2013 NFL Draft.

Share All sharing options for: Matt Scott to sign with the Jacksonville Jaguars shortly after 2013 NFL Draft

It didn't take long for Matt Scott to find a home. Shortly after the seventh round of the 2013 NFL Draft finished up -- with 12 quarterbacks being selected in the first seven rounds -- and without hearing his name being called, the former UA Arizona Wildcats quarterback announced via Twitter he was off to Jacksonville to play for the Jaguars.

He added the message you'd expect from the guy who often won things the hard way at Arizona and often did so by coming from behind.

Scott waited his turn, for sure. 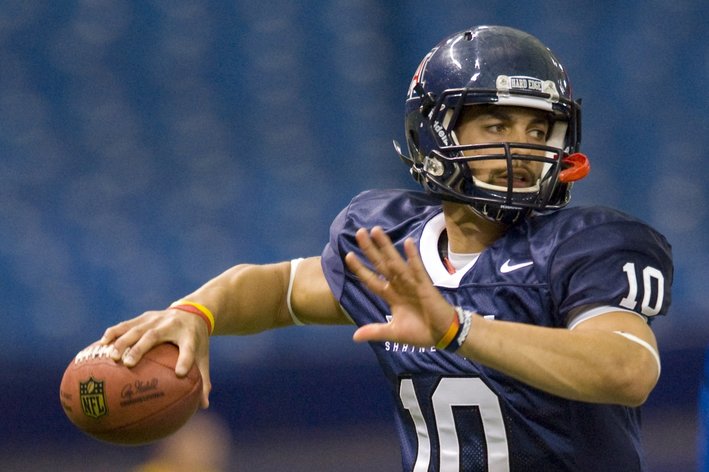 How and why Matt Scott fell in the draft

Perhaps it was his concussion issues and slight frame that scared off teams. Maybe it was his lack of pure experience. Nevertheless, former UA quarterbacks coach Frank Scelfo pulled the necessary strings, as had long been believed, for the Jags to grab the gutsy Wildcat.

In front of Scott on the depth chart is recent Mizzou graduate Blaine Gabbert, a strong-armed gunslinger who also came out of a spread system, and veteran Chad Henne. They are likely to battle it out for the starting position, but neither obviously presents the dynamic dual-threat capabilities as Scott.

Also signing shortly after the draft concluded was former Arizona receiver Dan Buckner, who will stay in state with the Arizona Cardinals, according to Cardinals.com reporter Darren Urban.