The Wildcats released photos and video of their new uniforms, including a copper helmet.

Here you go. The Arizona football team released photos and video of their new look for the 2013 season.

The biggest change comes in the jerseys. The short sleeves have a faded color scheme of red to blue on the white and red jerseys, and blue to red on the blue outfits. The numbering is also a new font and has similar color fades as the sleeves.

It was pointed out that Twitter follower and uni guru @KWUofA tossed us this note that leads us to believe the gradient on the numerals will be altered into a solid color. By NCAA rule, numbering cannot be more than one color.

Jerseys must have clearly visible, permanent Arabic numerals measuring at least 8 and 10 inches in height front and back, respectively, and be of one solid color that itself is clearly in distinct contrast with the color of the jersey, irrespective of any border around the number." This rule goes into effect for Football Bowl Subdivision teams in 2013. Football Championship Subdivision, Division II and Division III teams will have until 2014 before the rule becomes effective.

As was the case with the old jerseys, there appears to be the same red, white and blue options for the jerseys and the pants. Additionally, there will be those three colors for the helmets to go with a copper top.

Check out the pics below and let us know what you think. 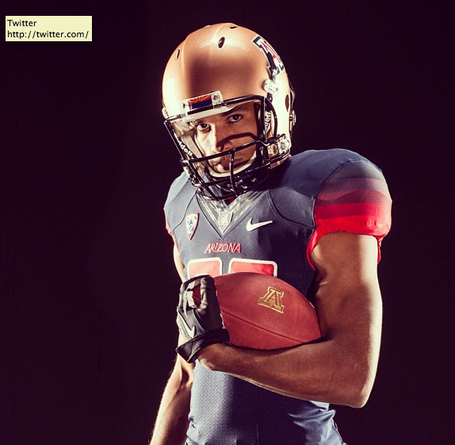 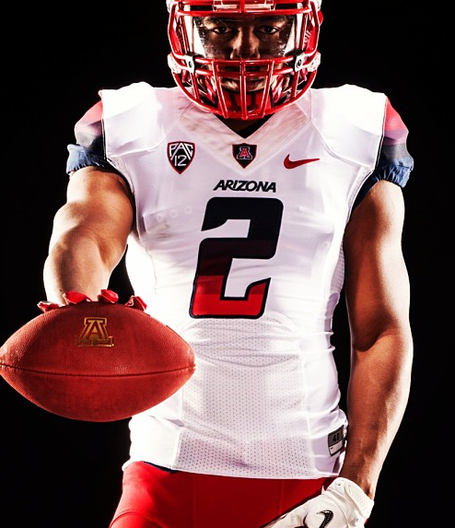 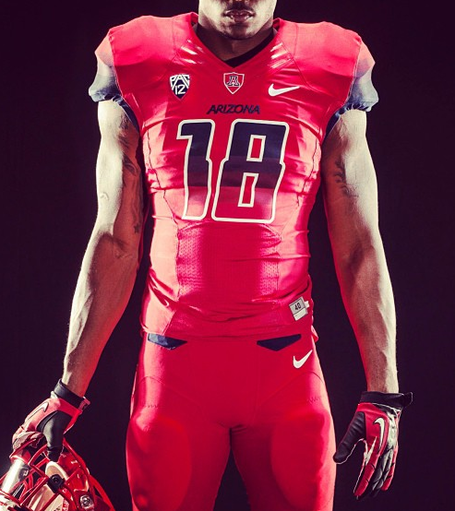