Putting the Pac-12 bowl season in a nice, tidy package

Share All sharing options for: Pac-12 Bowl Roundup: How the conference went 6-3 in 2013

The Pac-12 went 6-3 in bowl games, putting the conference just behind the SEC in terms of BCS conference W-L record this year.

But not great considering all nine Pac-12 teams were favored in their respective games.

Will the conference be defined by Washington State's fumblitis at the end of the New Mexico Bowl?  Probably not.  But it is highly entertaining to look back at each of the bowl games and the defining images from those games.

Coug'd it away Mike Leach

And it wasn't that close.  Seriously though, how did the Trojans finish this season with 10 wins?

The Beavs had a weird year.  Not as weird as this play call though

This game was over when this happened

I was actually at this game, and sitting right at the front of the ASU section on the 50.  Let's just say there were many sad devils towards the end of the third quarter, and a lot of empty seats for most of the fourth.

Why is this a coaching fail for ASU?  Todd Graham had no answers to TTU, and spent a lot of the game not actually watching the game.  A lot of it was spent berating his defense.  Seemed strange that the head coach spent a lot of time looking away from the field. 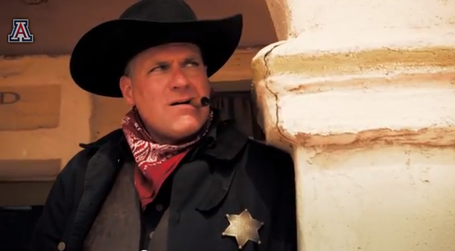 I've never seen a coach be more stubborn about play calling than David Shaw was in this game.

RUN IT RIGHT ONE TIME