Buzz Bissinger doesn't know Nick Foles, but we probably do

Who is Nick Foles? Friday Night Lights author Buzz Bissinger thinks there's something more to him than there probably is.

Share All sharing options for: Buzz Bissinger doesn't know Nick Foles, but we probably do

On the surface, it makes sense that Buzz Bissinger was assigned a profile on Eagles quarterback Nick Foles. The author of "Friday Night Lights" works out of Philadelphia, and his research leading to his most popular book included a lot of time in Texas, where Foles grew up. But the final product in his project, an edgy critique of Foles' character, doesn't make much sense at all.

In a piece for Philadelphia Magazine titled "Who is Nick Foles?", Bissinger does a fine job of reporting on Foles but somehow is still asking the question of who the quarterback really is.

Foles deserves individual coverage. He threw 27 touchdowns to two interceptions for the Eagles last season, and while the quarterback refused to comment for Bissinger's piece because he'd rather focus on the team rather than himself, it was fine for Bissinger to continue going about his assignment.

But instead of writing around Foles' silence, it's the silence that drives the entire piece.

Bissinger doesn't believe we know everything about Nick Foles, and that's where we have to wonder about the author himself. Bissinger calls Foles the "anti-DeSean," a reference to DeSean Jackson, the wide receiver who was let go by Philly following a report that connected him to gang members. Maybe the quarterback is actually the anti-Bissinger. After all, Foles doesn't have a history of elitism, failed marriages (plural), shopping addictions, hot-head personal issues and problems keeping himself employed.

Asking this question is not a judgment on Bissinger's personal life, nor Foles': Is a man so complex and so apt to shit-stir capable of writing about a guy who's admittedly pretty simple? 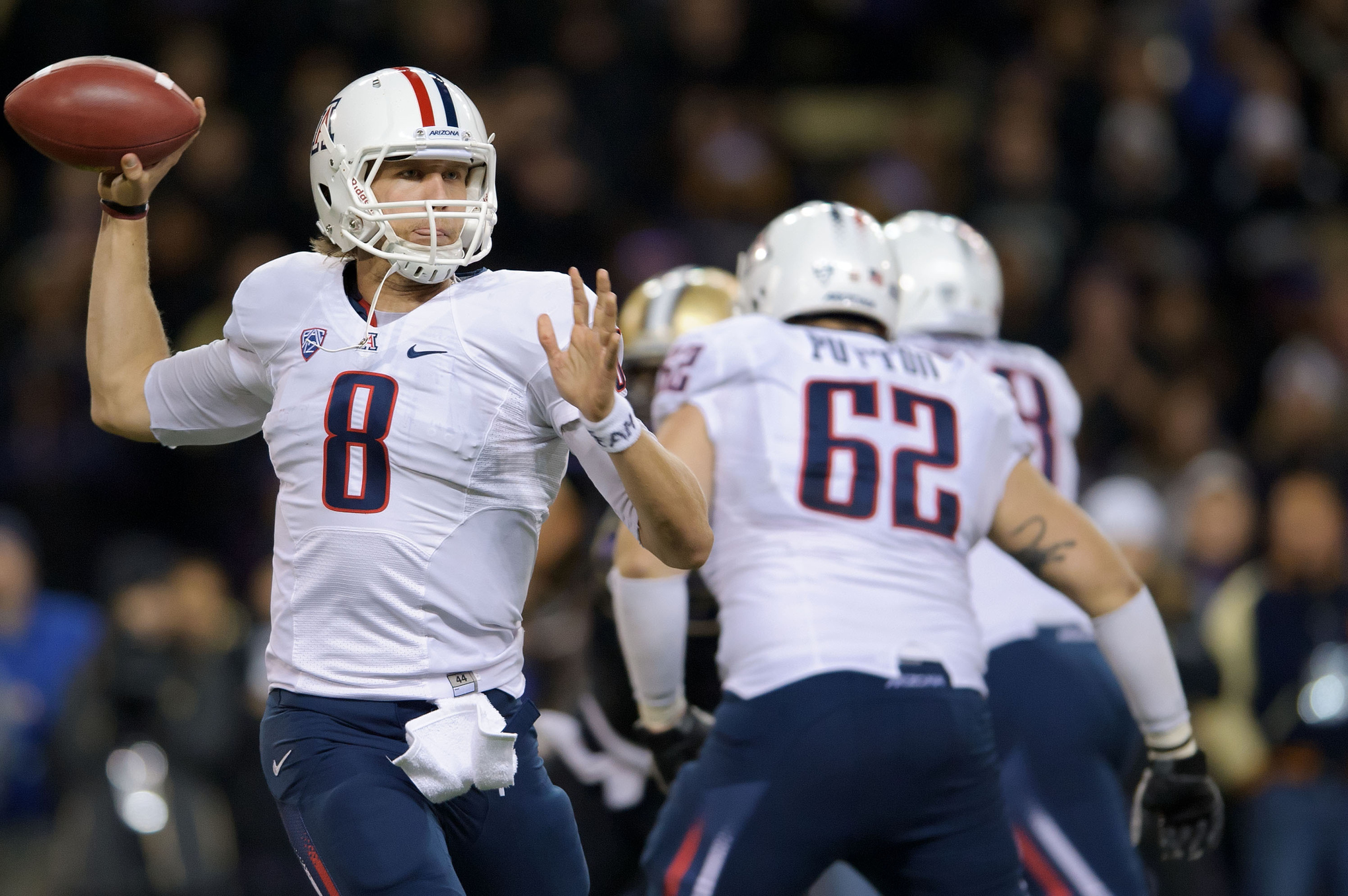 The original goal for the piece of "Will Nick Foles deliver on the field?" devolved into a personal criticism once Foles decided not to talk to Bissinger.

Is he capable of leading the Eagles to the Super Bowl one day? Was the 2013 season aberrant? How will he handle the pressure? Fans need to try to figure out what ticks inside him to remotely know any of the answers.

Instead, what has emerged is a one-dimensional choirboy caricature reflective of a player and a team and a league terrified of individuality. Foles is selling himself, and being sold by the born-again Eagles, as the anti-DeSean: contrite, non-charismatic, cautious, churchgoing, Caucasian. The perfect poster boy for Eagles owner Jeffrey Lurie and commissioner Roger Goodell's vision of a new NFL theme park where players have no discernible personality and the Twitter account is laced with Glories to God.

I don't believe this is all there is to Nick Foles. I definitely don't believe it after spending extensive time in Austin talking to teammates and coaches and parents in the roots of Texas and high-school football that so define him.

After going into a number of compelling details about Foles' upbringing, Bissinger repeatedly ties every one of Foles' strengths with a backhanded compliment. His cool behavior doesn't register in his voice or his face when he fails, so he must have no fire. Grew up wealthy? Foles might not be afraid to fail at football and use his family business as a fall-back plan. Doesn't hang out with the cool kids? Not an alpha dog? Not going to win a Super Bowl.

This is how Bissinger closes the piece:

"He has remained true to his natural person," (Foles' high school friend) Matt Nader says, "and that goes to show you how strong of a kid he is."

But unless he stops being chickenshit and goes into the middle, he will never guide the Eagles to the place that only tantalizes us. We are tired, Nick. We are already dependent on you. So man up to be the man.

Sidle up to a bar on the road and order a slug of single malt, not a double shot of milk. It's okay to address LeSean McCoy as "Shady" instead of "Sir Shady." Don't ever publicly say again that your favorite movie is The Lion King.

Acolytes get to heaven. Strut gets you to the Super Bowl.

The juxtaposition of reporting -- again, there are a lot of really interesting details in the story -- and un-related commentary again bring together Bissinger's entire point.

It's true that Philadelphia fans are tough on their teams. Maybe they do want to see a rise out of their starting quarterback. Maybe Bissinger is only writing what Eagles fans want to say themselves.

But here's the thing about Nick Foles: the guy really is about church, family and football. Everything would suggest this isn't a caricature.

The former Arizona Wildcat threw for seven touchdowns against the Raiders.

Foles marries in the Wildcat family

Before Foles was a big-shot football player, he was the hidden gem at Arizona. Of course, he decommitted from ASU and transferred from Michigan State before becoming successful in Tucson, but it wasn't like his fame came with a twist of strong marketing by PR people in college or otherwise. Foles had been this way. During his final season as a Wildcat, he had read Drew Brees' book hoping to become a better leader. He was staying after practice to toss balls to receivers. He was the (cliche alert) hardest working player on the team, said Mike Stoops, quarterbacks coach Frank Scelfo and Foles' teammates.

Maybe Foles does act like a one-dimensional football robot built by the culture of America's favorite sport. Yes, he grew up in the state most well-known for it, and Bissinger, a sports-writer and sports-hater, is probably attacking Foles from this premise. To me, Foles' success is tied to the fact that he's consciously worked to become the stereotypical quarterback success story. Being a robot is the reason he's found so much success.

Family, faith, football, and faith in football guide him.

Driving through Chandler in April, I saw a digital billboard advertising Foles' upcoming speaking engagement at a local church. The guess here is that wasn't an appearance initiated by an NFL team on the other side of the country. It indicated he's aware of his position -- a famous quarterback can make a difference. In college, he wasn't a hermit, either. Once at the student rec center, I saw him swishing set shots from halfcourt like LeBron. I regularly saw Foles out and about at the usual college bars, though I don't remember whether he ever had drink in hand; it was well after the time I should have put mine down. I do remember that he was usually out with an old bent-brimmed baseball cap, which feeds into the expectation that he's not one to toss money-making gestures around like Johnny Football.

Still, the majority of what we know about Foles comes from the football field.

After one practice back in 2011, Mike Stoops' final season, Foles was not only the last player but the last human being off the field. He stuck around to toss balls with some children of the Arizona coaching staff before talking to the media as if this was the NFL.

"I think [the maturity] just has to do with me getting older," Foles told me and a few other media members. "The quarterback is the face of the franchise. They're the one that is selling all the jerseys, doing all those things. He's got to look the part, he's got to act the part. I just be myself."

Bissinger nearly pleads for Foles to step into the spotlight, to hang with the cool kids. He attacks him like there's something deeper behind the interview snub. But it's not like Foles is hiding. And it's hard to imagine anyone could be so committed to playing out a manufactured image.

Foles is gracious to the media. After all, he was open to talking about Bissinger's story to the Philadelphia media this past week. In typical Foles-like fashion, he didn't make a big deal about the article.

"I don't agree with it," Foles told the South Jersey Times. "I think as a quarterback and a leader, it's not necessarily what you do in the limelight. Obviously, you want guys handling themselves in an appropriate manner for the organization and the team, but you need to be who you are. If you're a guy who does that and can be a leader and naturally that's what you want to do, awesome.

"If I were to go and do that, it's out of my norm. I'm a laid-back Texas boy. I love my family, love being with them and that's what I stick to. I love the game of football, love getting better. My teammates know me and I show them who I am in the locker room and don't change on the field.

"I'm the same guy everywhere they see me."

That last bit is nearly the same quote Foles' friend told Bissinger at the end of his article ... before Bissinger trailed off with absurd skepticism about knowing Foles and the idiotic idea that a cool-headed Texas boy needs "strut" to get to a Super Bowl.