Let's get to know Arizona's most experienced defensive lineman

One of the major questions facing the Arizona Wildcats heading into the 2014 season is what kind of pass rush will the relatively inexperienced and undersized defensive line be able to produce.

Reggie Gilbert is the face of that group, having started every game last season. Let's get to know him a little bit in 11 Questions:

1. How has your role changed in practice stepping into a leadership role?

Gilbert: I definitely have to make sure I go extra hard, especially for the young bucks, because that's me and Dan Pettinato. They really look up to us for guidance and stuff like that, so we really determine the tempo of how they're gonna play.

2. Who are some of the freshman that stick out to you in the front six?

Gilbert: I like Marcus Griffin. He's a young guy that has a lot of potential. I definitely like the way that our young guys are flying around and competing.

3. What is your favorite memory when looking back at high school?

It would have to be my junior year, it was our first year of varsity (at Fairfax HS in Lavine, AZ). We played Central HS, and it was a TV game. Nobody thought we could pull it off, and it ended up being for the regional championship, and we ended up pulling it off.

4. What changed for you when Rich Rodriguez took over?

(Practice) is definitely more under scrutiny. There's a lot more structure, a lot more organization. I'm not knocking the past, they were great coaches, but Coach Rod definitely brings more intensity, more emphasis on being the best, most hard-working, well-conditioned team in America, and that's a good thing for us.

(Someone says pop-a-shot in the background). Gilbert: I would say the fan experience. I haven't been there a lot, but the times that I have been, that's definitely a unique part of this building that not every place has. 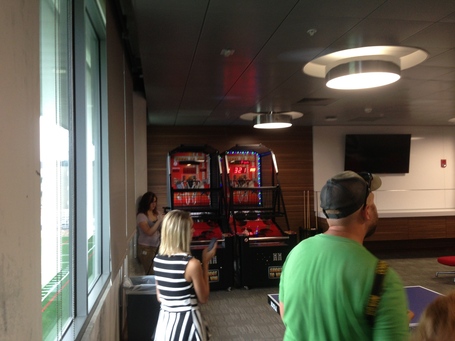 Bear Down Kitchen. I definitely love what they serve up there. 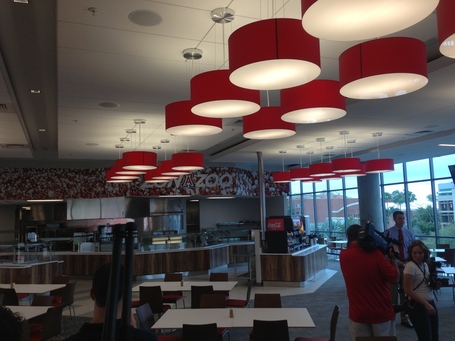 7. How has the new unlimited meals rule from the NCAA helped you?

It's great. Definitely great. Huge difference, especially as athletes. We don't have to worry about extending our scholarship and worrying about food. It's definitely a move in the right direction for us.

Sacramento Kings all the way. 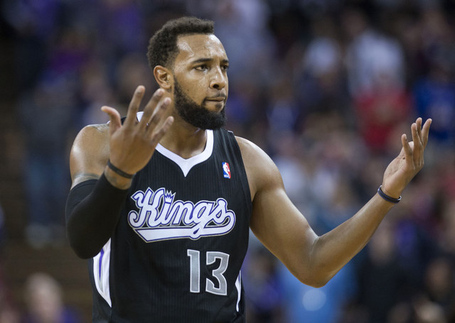 Can't coach stupid. (We heard that phrase a ton during that practice). *he says laughing* That's one that's sticking in my head right now.

(Long, long pause) I'll have to say between Spongebob and Family Guy. 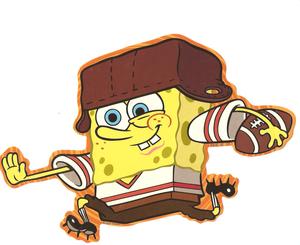 Thanks to Reggie Gilbert for the time. Next up will be tight end Josh Kern as he answers the hard-hitting questions.