With all the important position battles happening at Arizona Wildcats camp, it was almost impossible to think something would take the attention off the QBs, RBs and others.

Well, Tra'Mayne Bondurant pulled that off, by leaving the program Saturday afternoon, and then deciding Sunday afternoon that he changed his mind and would pay his dues and work towards returning to the team.

The rumblings of the Bondurant news started Friday at picture day, when the star safety was not made available to the media.

Then practice started Saturday at 5:45 PM in Arizona Stadium, and Bondurant was not out there.

During practice, there were a couple of discussions along the sideline that there would be big news about Bondurant coming out after practice. Of course, Arizona bans in-practice tweets from the media, even when they're open for observation, so no one was able to pass the news along.

We would all have to wait until RichRod's post-practice media session.

Then it happened. I tweeted out the big news, with a little help from Autocorrect on my iPhone:

Tra'Maybe Bondurant has left the program per coach Rodriguez

Which led to what would be an epic 36 hours or so on our social media platforms.

Wait what? RT @azdesertswarm: Tra'Maybe Bondurant has left the program per coach Rodriguez

@azdesertswarm wtf, he was ptob like the top returning defensive player, what's going on #BearDown

And then after actually posting the story, our Facebook users apparently jumped off a cliff. 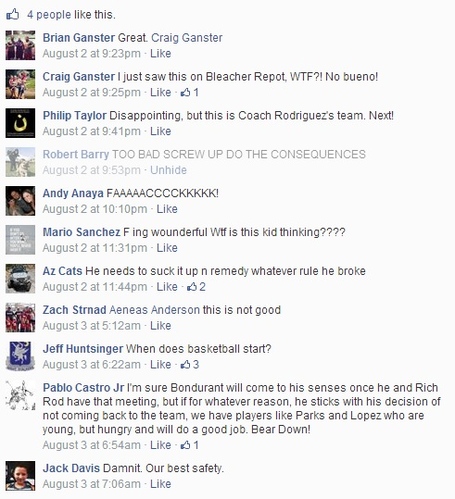 The way this whole thing was presented from the beginning, it did not feel like the decision was going to stick, which is why I added "for now" on our internal headline

It did get to the point where the safety was removed from the online roster Sunday morning.

Then the "for now" became a reality on Sunday afternoon, starting with news of Bondurant posting a Facebook message apologizing for his actions and saying he is looking forward to doing whatever it takes to rejoin team.

So Bondurant is apparently at practice today. Nothing to see here

If a player walking stairs was ever huge news, this was it. Announcing he was ever gone felt like a ploy from RichRod, as coach hadn't even talked to Bondurant face-to-face before saying he had left the program.

The news of Bondruant's "return" really lit up the ol' Facebook page, with a hilariously different tone from the day before. 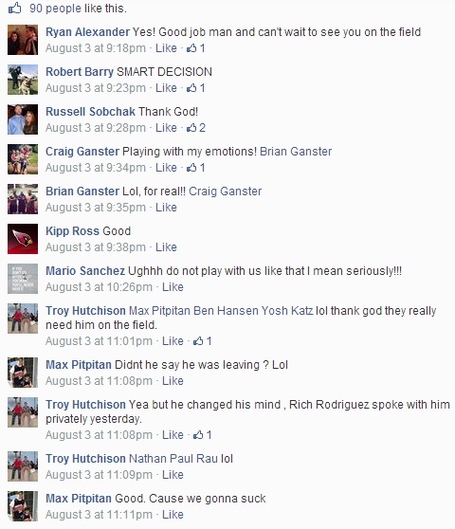 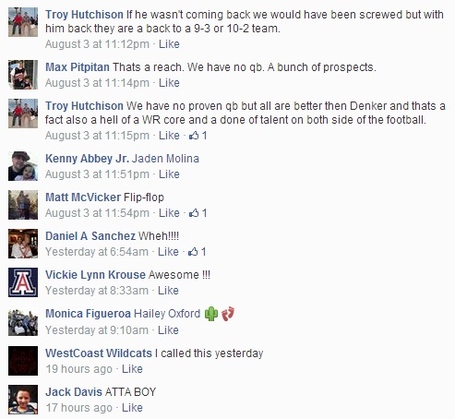