One minor change in the Arizona depth chart.

The Arizona Wildcats released their UTSA-week depth chart, and there is one minor change from last week.

Running back Nick Wilson is now listed as the true second-string running back behind Terris Jones-Grigsby, with Adonis Smith being moved down to third string.

After picking up 104 yards on the ground in his first career game, it is no surprise that Wilson has leapfrogged Smith. Smith, the senior transfer from UNLV, managed just seven yards on three carries against his former school.

Also of note, Tra'Mayne Bondurant is still not on the two-deep. Rich Rodriguez said that Bondurant is still getting into game shape, and is working his way back into the rotation, although it does not appear he will be replacing Will Parks if he does get back in the starting lineup.

You can find the UTSA depth chart for this week here

Here's the full two-deep for Arizona: 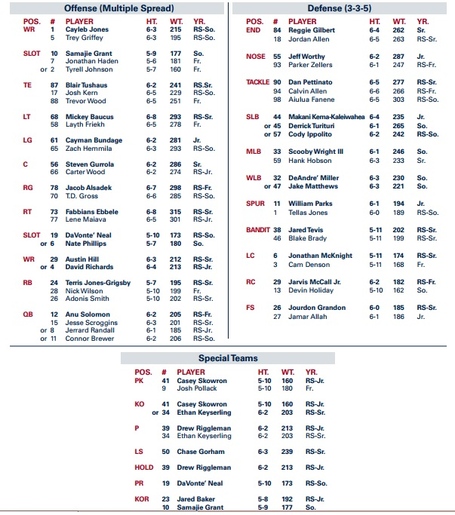