Will the third time be the charm?

Share All sharing options for: NCAA Volleyball Tournament: Arizona Wildcats look to cut down on errors in third meeting with Washington Huskies

The Arizona Wildcats and Washington Huskies have already met on the volleyball court twice this season, but the two will face each other on Friday afternoon in the Sweet Sixteen of the NCAA Tournament.

In the previous two meetings, things didn’t go swimmingly for Arizona, dropping both matches, taking just one of the seven sets played.

“They’re really good,” Arizona head coach Dave Rubio said flatly about the Huskies on Tuesday. “They’ve been better than we have. We’re very similar with our personnel, but they’ve been able to play better when it counts the most. Every set we’ve lost — we’ve lost a lot of deuce sets and a lot of close games — it’s just been great that we’ve been able to get to this level and the round of 16.”

“I feel like Washington has a better advantage than us, but I don’t know, we’ll see what happens.” - Katarina Pilepic

“Playing a tough Washington team is a tough draw for us.”

In the first two meetings this year, the thing that really hurt Arizona was the number of errors committed. The Wildcats had 54 in those seven sets, while the Huskies had only 30. 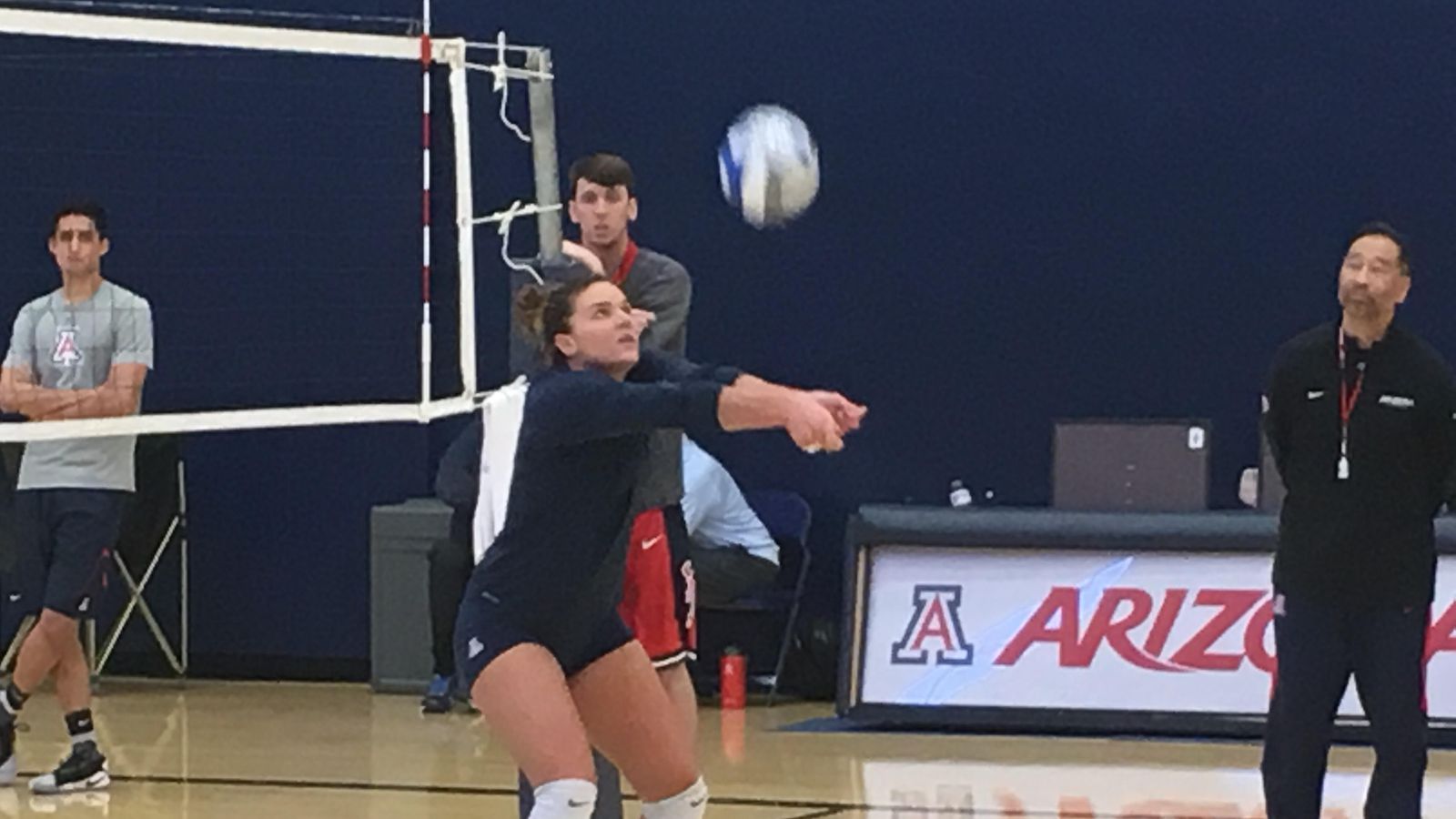 Katarina Pilepic realizes her dream in only year with Arizona volleyball

“I feel like we need to manage our errors and stay consistent throughout the game,” senior transfer Katarina Pilepic said of what Arizona needs to do to win this match. “We need to not have so many highs and lows.”

“The main thing that makes them tough is that their hitters are really good, really smart,” Arizona outside hitter Kendra Dahlke explained. “They make really tough shots. They’re serving is probably one of the best in the Pac-12 Conference. They’re just a really smart team.”

The thing about playing a volleyball team for the third time in a season is that you know exactly what you’re going to get.

“You kind of just hope for the best right now,” Rubio explained. “I thought it was a very emotional win for us to get to Sixteen, and I’m worried about whether or not we have a lot left for them. So we’ll just go and be our best we can be. Obviously the hope is that we play better than we did in the first two meetings.” 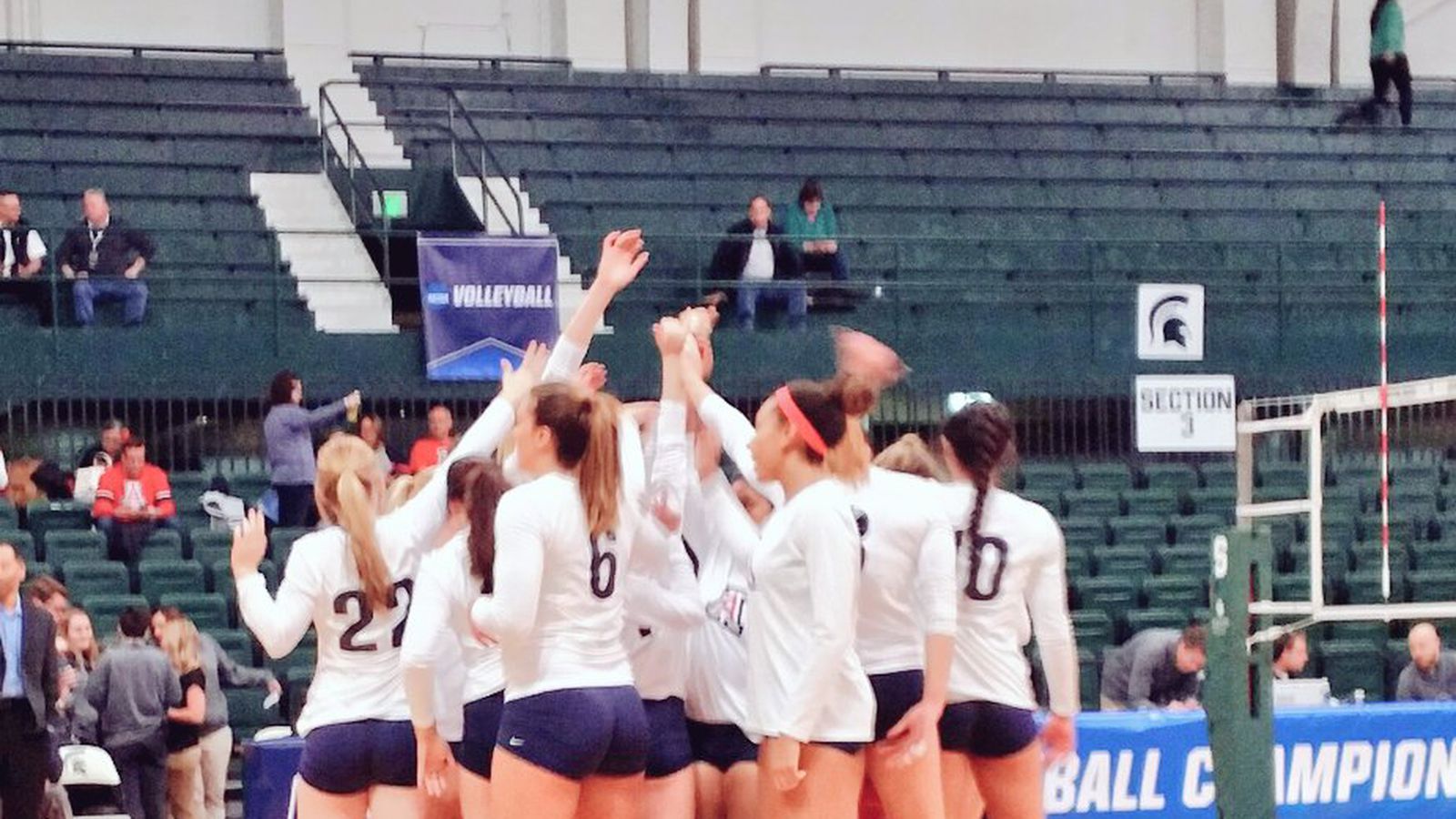 When it comes to Washington, they have the Pac-12 Player of the Year in Courtney Schwan, who was ranked 19th in the country in kills per set in the regular season (14.27).

“Her ability to have an offspeed game,” Pac-12 Setter of the Year Penina Snuka explained what makes Schwan stand out. “She has a great offspeed game. She’ll set up hitters, take a swing, take a swing, then out of nowhere she’ll hit a great roller shot or hit it high off the block. Being able to read her is difficult.”

The Huskies also have a team mindset that makes them tough to beat.

“I think it just comes down to us just being able to work and play our best volleyball that match,” Snuka added. “That’s a team that’s used to winning. They have that confidence behind them.”

“We just have to go out there and give it our best against them,” Dahlke tacked on. “They’re a really tough team. We’re going to compete as hard as we can, and I think if we manage our game a lot better than we did in conference and limiting our errors will probably help.”

“This is amazing,” Pilepic said of playing in this round. “I feel like nobody expected this to happen, and it’s just a great feeling. It’s been an historic season so far, but I feel like Washington has a better advantage than us, but I don’t know, we’ll see what happens.”